Finally, the 35th field season has started! We had a great first trip with dolphins and with our passengers aboard R/V Stenella. Our encounters weren’t the longest, but we had a lot and we saw just about everything. We had Atlantic spotted dolphins, bottlenose dolphins, interspecies interactions, crater feeding, play, new calves, saw some individuals we hadn’t seen in a few summers, an offshore bottlenose, and we saw Lamda! Lamda, if you recall, was the dolphin that stranded and was rehabilitated and released last October. He was with a group of other spotted dolphins that we knew, and some he had been sighted with many times before. His tag is no longer on his dorsal fin and his dorsal fin is healing up just fine! We will continue to monitor him as we see him throughout the summer. 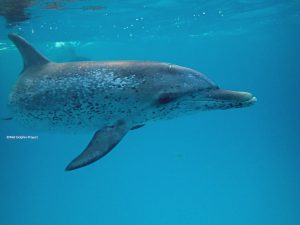 Lamda was observed during Trip #1

Trip one was also the first trip for WDP’s 2019 interns. We had four individuals out with us who came from all over the U.S. We even had a PhD student from Australia! The interns learned a lot about photo ID work. They all worked very hard on ID’ing dolphins from the very photos that they took while observing the dolphins during our encounters. We had a lot of juveniles, who don’t have many spots, which quickly led the interns to understand just how hard ID work can be. Aside from photo work, the interns also helped enter data into our databases and they had a few mini lectures at night about Dolphin Communication and Shark Conservation. Overall, it was a busy trip and we can’t wait to get out there for the rest of the season! 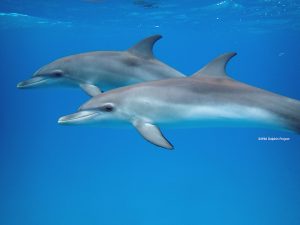 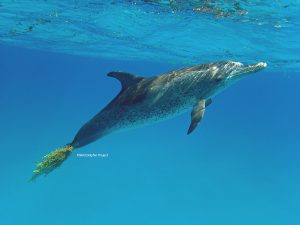 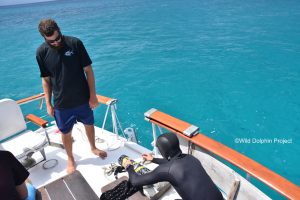 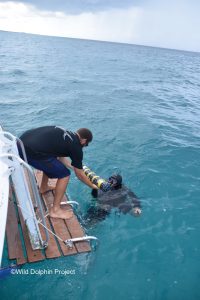 This summer we will be listening and recording sounds for one and a half months, and then downloading the data to analyze. And if the weather holds out, we will redeploy all three E.A.R.s for another month or so. Our collaborators at OceanWide Science have been great, helping us get ready for the field season and insuring that we have the tools we need to gather data.

Look for our blog late June to see how we did with our E.A.R.s. And don’t forget, we have a GoFundme project to raise funds to cover our costs this year, so feel free to help us out if you can.