Trip 8 (August 9th – 18th) started of with a sighting of a mixed-group of bottlenose dolphins and two young Atlantic spotted dolphins. These were some familiar bottlenose dolphins that included Koala, Comet, Crane, and Batman. These adults are all female except for Batman. Crane was with her new calf from last year. Fortunately, this calf has a tiny nick on her dorsal so hopefully we can track her once she starts spending time away from her mother.

During our time in Bimini we had some nice snorkeling opportunities including moon jellyfish and a few sea turtles. There were also a few nurse and reef sharks, and a school of horse-eyed jacks that cruised closely by.

Over the summer we have had some good mom/calf bottlenose dolphin sightings. This is critical to our ongoing monitoring of both field sites. Both well-known residents and some returning individuals were observed this year. 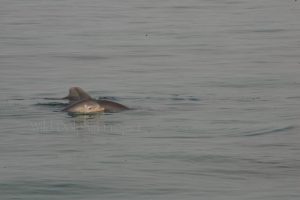 One resighted bottlenose dolphin, Picky, had some new changes to his dorsal fin since we saw him last 2 years ago. Luckily a small part of his dorsal remained the same giving us the ability to accurately identify him again. 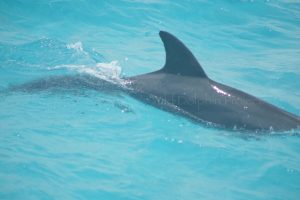 Picky, a few years ago 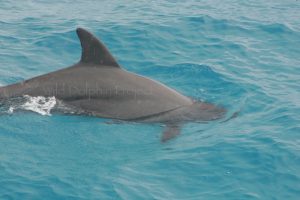