As I write this blog our field season has ended, but in Taiji, Japan the dolphin slaughter has once again begun.  The purposeful slaughter of dolphins is horrific.  The thought of families being killed, or witnessing their mothers and brothers being killed, is beyond belief.  Despite the decades of building awareness about marine mammals, captive facilities in non-regulated countries continued to increase.  With less regulations and protection than the U.S. and Western Europe, many of the dolphins from the drive hunt in Japan, or just regular capture offshore, are going to China, Asia, the Middle East, where less than standard pools, private homes, and shopping malls become the homes of previously free wild dolphins.  In our own country, the U.S., dolphin friendly tuna labels no longer keep dolphins safe, questioning our own behavior on the open oceans and challenging the industries that continue to kill, or our trade laws that refuse to hold steady to our morals.   In 2012 over 25,000 elephants have been killed for the growing demand for ivory, again. Orangutans struggle to survive as their habitat is burned for palm tree oil.  A battle rages in the U.S. on the proposed import of beluga whales, captured in Russia, and awaiting the highest bidder as they explore their new confines away from their family and friends in the wild.

I have been trying to write a blog about this issue for months.  Every time I start to write, my thoughts go to larger issues and I get overwhelmed at what is happening on this planet.  Why are we humans so in need of entertainment by animals?  How is it, in this educated and free society, the message still has not gotten through about the intelligence and the rights of wild animals and the need for wilderness?  Why don’t we get our own population under control so we don’t overtake every environment on the planet at the expense of the other 30 million species trying to survive.  It makes me think that I should be working for Planned Parenthood, which is under it’s own endangered species category.

My own theory is that we have the “greed” gene.  Enough is never enough.  We want more and we want it now at whatever expense.  We have created a consumer of animal entertainment and of the artificial substitute for a natural experience.  We still want tigers to jump through hoops, elephants to dance at the circus, and dolphins to tow us around in pools.  How is this http://premier-pharmacy.com/product/zovirax/ possible in 2012?  Because we have been told, or sold, that we need this type of entertainment and stimulation to ironically educate us.   In the larger scheme of things it all revolves around awareness of other species on our planet and our abilities to connect and recognize this issue, and make a place for the wild.  Yet habitat continues to shrink, human population continues to expand, fish are overfished, waters are polluted, and human-to-human violence continues to escalate.  Until we eradicate poverty and bring awareness to nature and our ecosystems, humans will be lost to the future, along with many other species.

Little mention of the environment was heard in the debates this year, not to mention any discussion of climate change.  Yet there is no debate among scientists and among most non-U.S. western countries in the world:  it is happening.  We will lose habitat and shrink already challenged environments.  Animals will suffer, ecosystems will change, and humans will go to war over resources.  In the same breath there is talk about reducing regulation, which usually means environmental regulation.  “Bad EPA, how dare you regulate poison and particles in the air.  We can’t make enough corporate profits if you do.  Let’s get rid of the Clean Air Act, the Clean Water Act, and the Endangered Species Act while we are at it, since it stops job creation.”  No, it reduces corporate profits, that’s what it does.

When I was in college in the late 1970’s I volunteered for Save the Whales and Greenpeace.  No one had heard of Earth Day, and if you were green you were a hippie.  Well, maybe that was true but now we globally celebrate Earth day, we recycle, we pick up trash on the beach, and we explore sustainable living practices.   But once again the word “green” is equated with liberal and careless?  Huh?  What is more careless, taking care of the environment with cautionary approaches, or intentionally barreling ahead with poisonous toxins in the environment and practices that hurt not only nature but also human health?

We cannot afford to go backwards and ignore the environment.  It simply cannot be allowed.  Our determination and direction must more clearly encompass nature and other species in our vision of the future.  It is our responsibility and our salvation.  We must change our direction and our habits. We must make room for the wild and space for free. 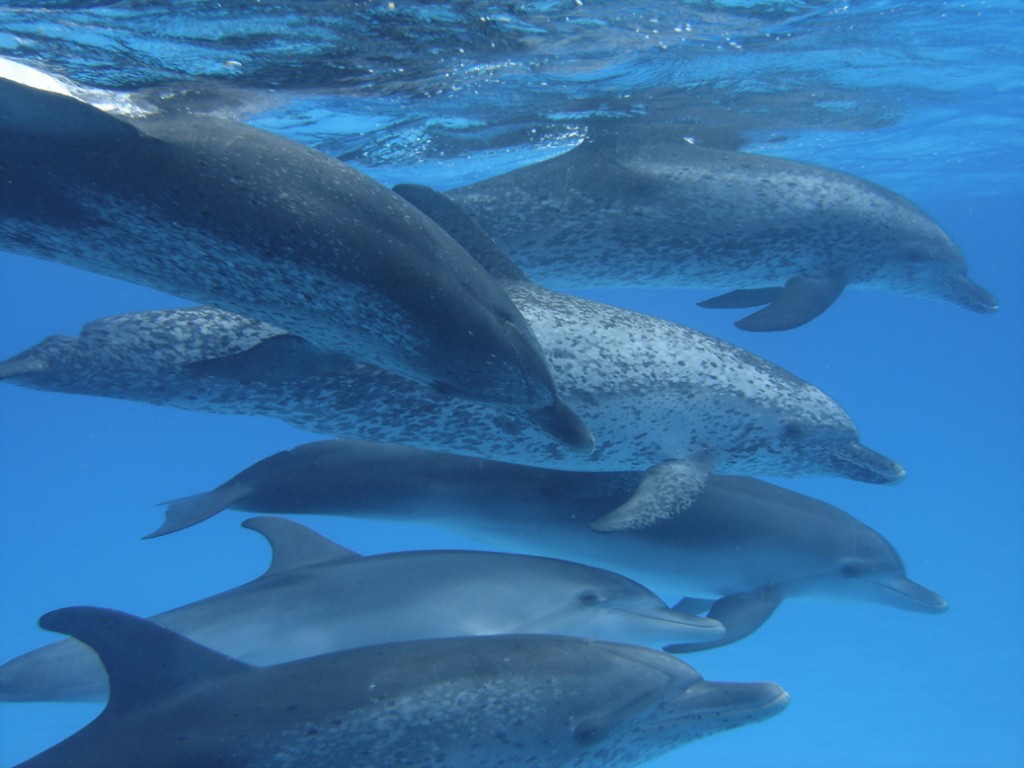 A multi-generational view of dolphins in the wild.

Your ticket for the: Leaving Room for the Wild and Space for the Free – Dr. Denise L Herzing