Trip 7 of our field season began with a great encounter with moms and calves on our first day! We had just cleared customs and were heading to anchorage when spotted dolphins came leaping to the bow of the RV Stenella. The group consisted of Naia, Summer, Zipp and their respective calves Nala, Spring and Zest. We have seen Naia and Nala a few times this year, but it was a first sighting of the year for the other four! In fact, we hadn’t seen Zipp in a few years, and her new calf Zest was named on this trip. The calves were rambunctious, zooming between their moms and the people in the water, and at one point investigating a huge loggerhead turtle that was resting on the bottom. 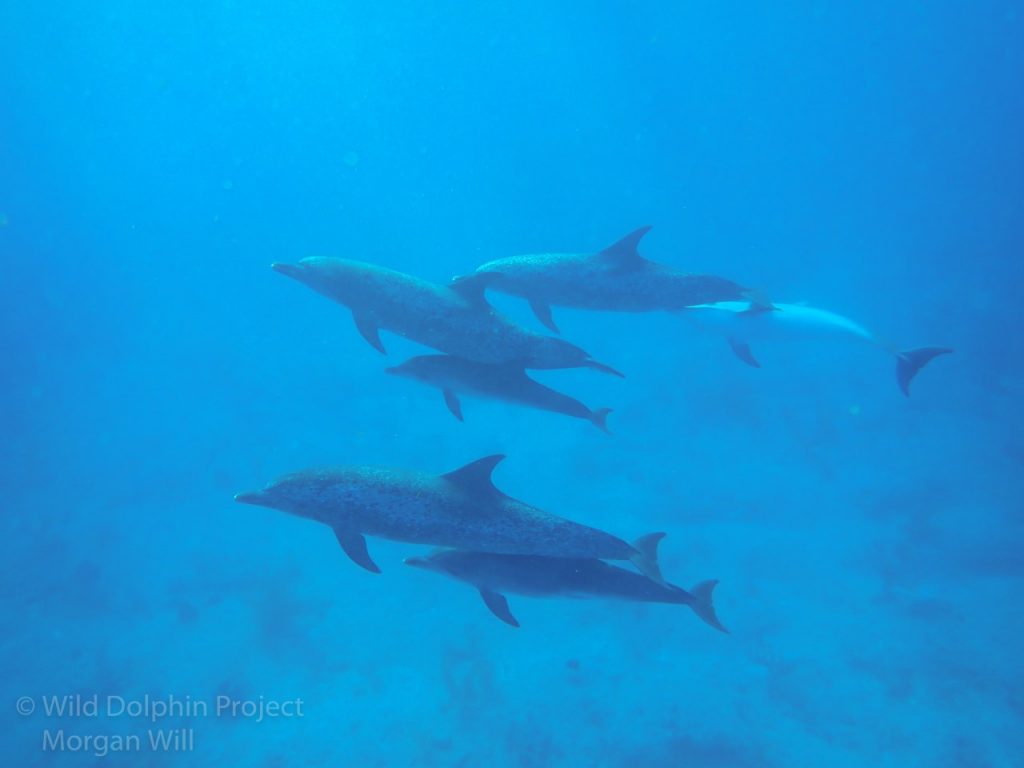 From bottom to top: Naia, Nala, Zest, Zipp, Spring (nursing!), and Summer. Photo by Morgan Will.

We searched again for the Little Bahama Bank group the next day to no avail, and by Friday morning we were headed to Bimini. As we neared our next anchorage that evening, we had a brief encounter with three of the native Bimini dolphins, and over the next few days we had two long, behavior rich encounters. The first of these encounters was a group of crater feeding bottlenose dolphins (and spotted dolphins on the periphery!).   The latter was a large group of adult male spotted dolphins traveling slowly and using some very unique vocalizations with bubble trains. It was uncommon, fascinating behavior— perhaps frustration, although we could not identify a target or motivation. 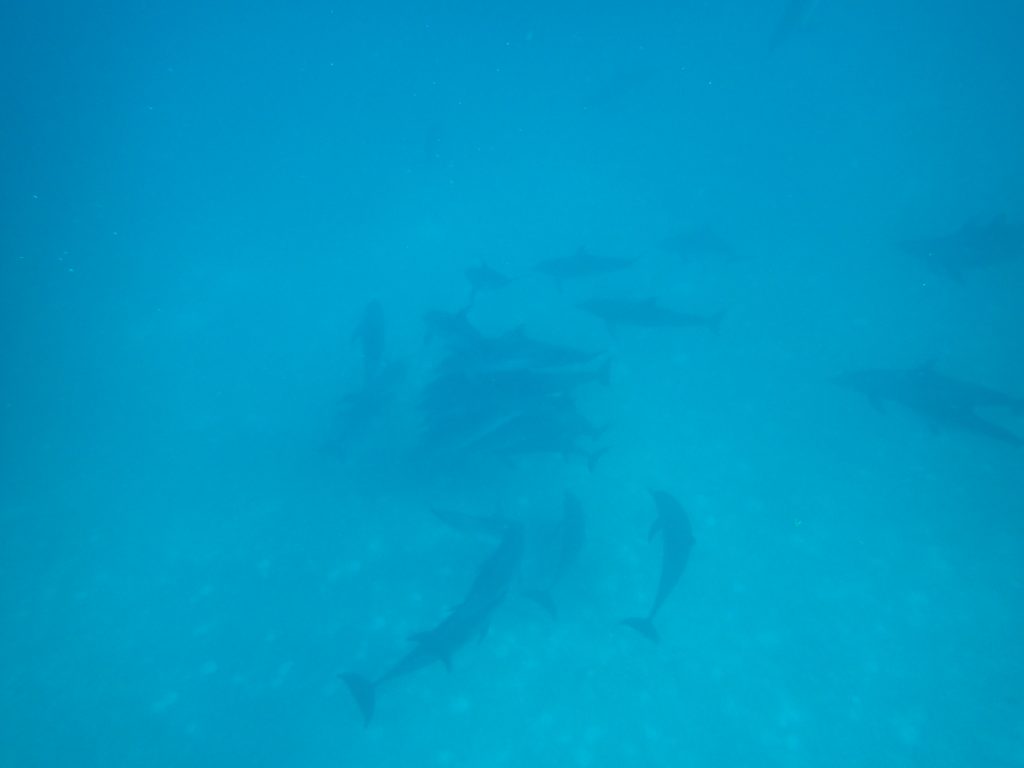 On two evenings while heading north, we ran into a juvenile female dolphin we call Mola. She was alone, and seemed to be traveling— occasionally doing spectacular leaps into the air to try and shake off a remora. The second time we found her, Dr. Herzing and I got in the water to evaluate her behavior and health state. It was a bit unusual for her to be alone in the same area, two days in a row. In the water, however, Mola was curious and playful, engaging in “sargassum keep-away” before continuing to travel. We’re hoping to see her back with her group soon. 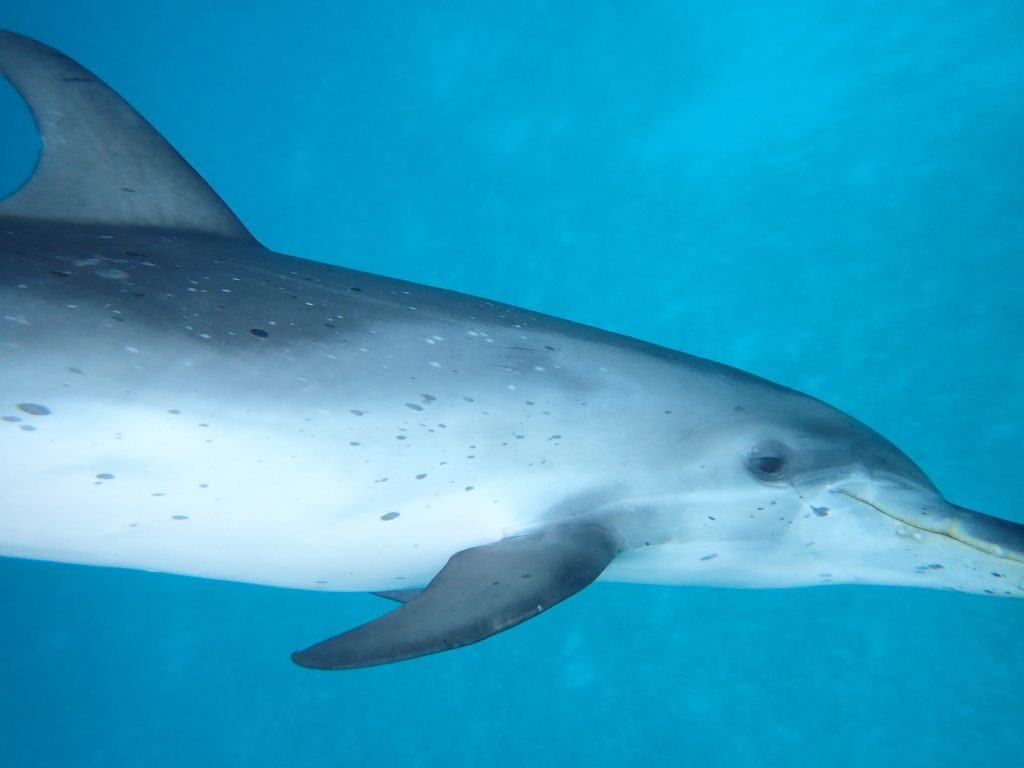 We were able to snorkel on the famous Sapona wreck, and found another group of dolphins we hadn’t seen in a while towards the end of the trip. Lots of pregnant females in that group! To top it off, we anchored by Great Issac’s Island on our last night, exploring the island and surrounding reef. 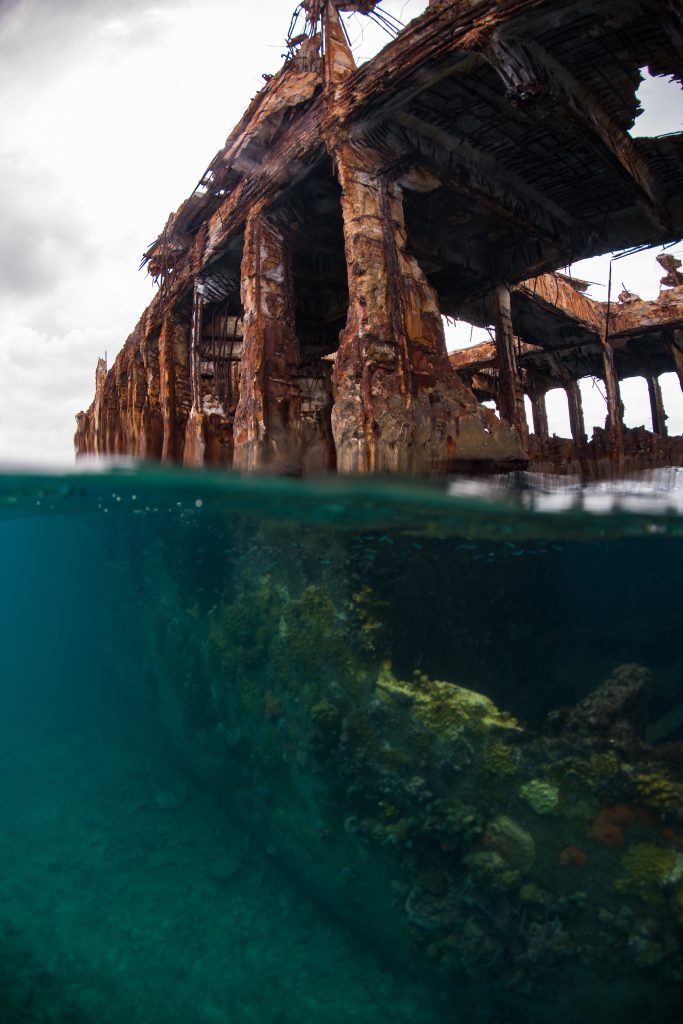 The wreck of the SS Sapona. Photo by Liah McPherson