Wild Dolphin Project > Media > Blog > Conservation > Too little too late: A requiem for the vaquita

Too little too late: A requiem for the vaquita

A costly and controversial conservation project to protect the world’s most endangered marine mammal was shut down on November 10, extinguishing all hope for the continued survival of the species. The project, known as Vaquita CPR, attempted to save the vaquita, a pint-sized species of porpoise, from extinction. Its plan was to relocate half of the wild vaquita population into protected sea pens until its safety in the wild could be assured. After less than two weeks of field operations, a female vaquita died during a relocation attempt and the project was called off. At the rate vaquita are declining, they will likely become extinct before 2019. So, how did we let this happen? 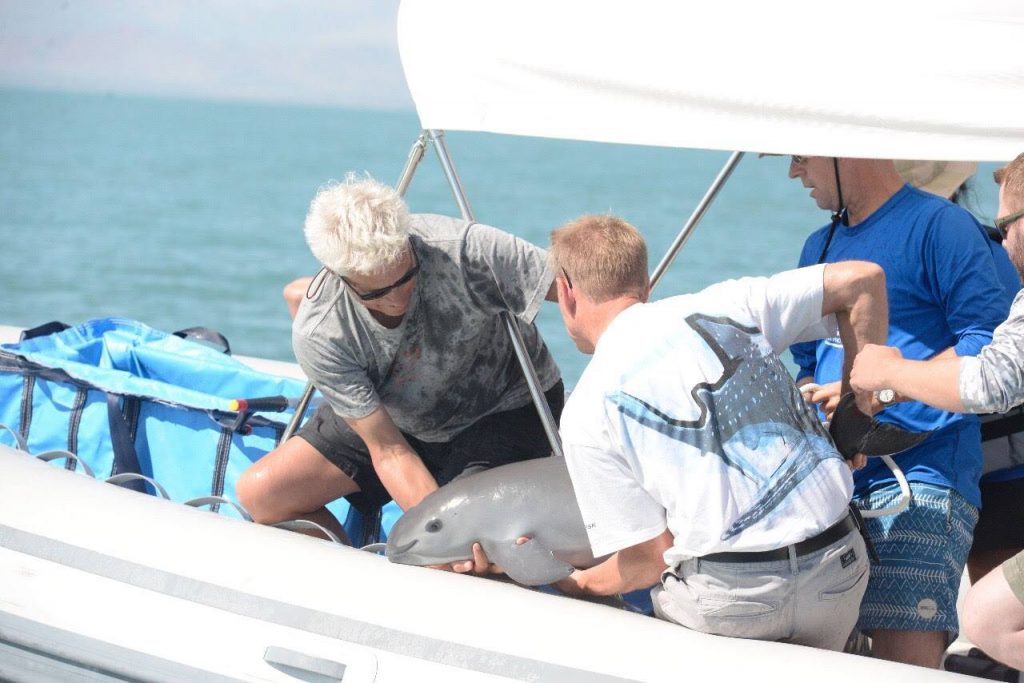 Vaquita are the world’s smallest and most endangered cetacean. After a failed last-ditch conservation effort in 2017, the species will likely be extinct before 2019. Photo courtesy of VaquitaCPR.

The vaquita is both the world’s smallest and most endangered cetacean. They are only found in the Gulf of California, a thin, strip of murky water separating Mexico’s mainland from its baja peninsula. The Gulf of California supplies Mexico’s commercial fisheries with seventy percent of their catch. The largest and most profitable fisheries in the gulf use gill nets, longlines, and trawlers to target Totoaba and shrimp. Totoaba, a large sea bass species, occupy the same region of the gulf as the vaquita. Dried Totoaba swim bladder is considered a delicacy in China, where it sells for $150,000 dollars a kilogram. The incidental capture of vaquita by Mexico’s Totoaba fishery has been the largest source of mortality for the vaquita. When vaquita swim into gill nets, they become entangled and eventually drown.

The vaquita was first discovered in 1958, after three vaquita skulls were found on a beach. The discovery of the vaquita coincided with the peak of Mexico’s Totoaba harvest, prompting immediate concern for the conservation status of the species. Between 1975 – 2015, the Mexican government took many steps to protect the vaquita, including closing its Totoaba fishery and establishing a two-year ban on gillnets throughout the vaquita’s range. Unfortunately, these mandates contained numerous loopholes and did next to nothing to combat illegal fishing, which had become the greatest threat to the vaquita. A report released by Greenpeace in Aug 2017 claimed the conservation measures put in place by the Mexican government actually made things much worse for the vaquita. “It is incredible that despite the existence of multiple national and international regulations, laws, programs and committees to preserve the vaquita, over the last 20 years the population has declined drastically, even more in the last five years. In 2017, it was estimated that there were less than 30 animals left, 72 percent less than in 2015.” 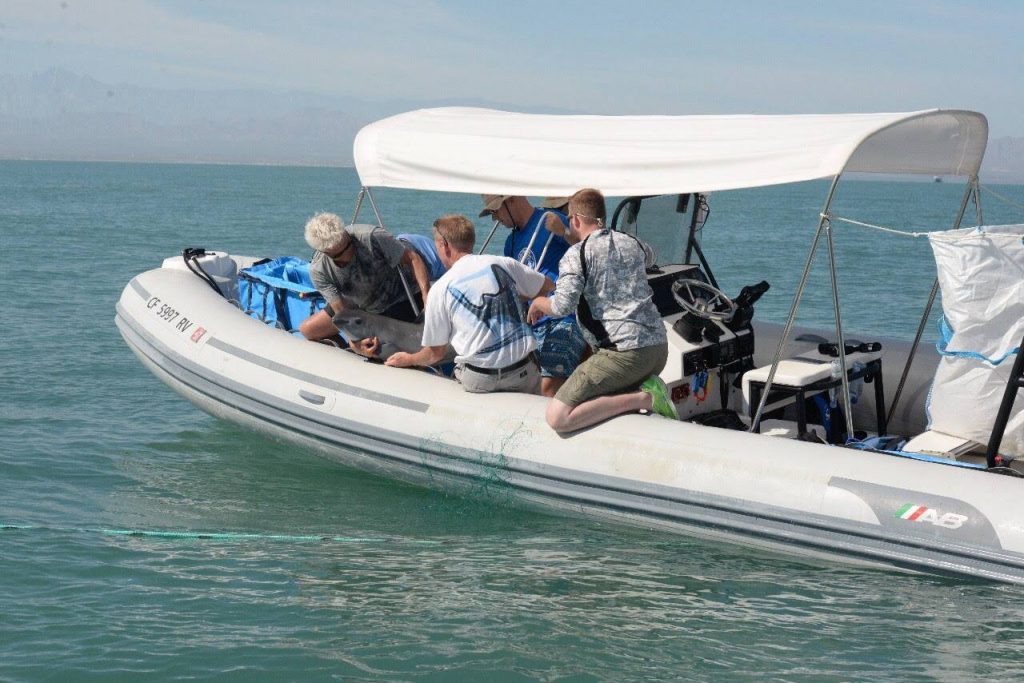 Fewer than 30 Vaquita remain in the wild, due to threats from commercial fisheries, primarily because of the Totoaba fishery. Photo courtesy of VaquitaCPR.

Last year, the Mexican government realized that the vaquita would be extinct by 2018 unless drastic measures were taken, and so Vaquita CPR was born. “[Vaquita CPR] is a desperate, last attempt to buy some time. The team of scientists, veterinarians and others involved in the project are well aware of this,” said Elisabeth Slooten, Associate Professor of Zoology at the University of Otago, Dunedin. Like many cetacean experts, Slooten was not surprised by the failure of Vaquita CPR. “We should have done much more and we should have done it much earlier, to save both vaquita and baiji.” Prior to 2006, the baiji, also known as the Chinese river dolphin, was the world’s most endangered cetacean. In the 1980s, the Chinese government moved six of the remaining 13 baiji into captivity to prevent their extinction. Like the vaquita, the baiji were unable to survive captivity. All six captive baiji died and the species was declared functionally extinct shortly after.

Who do we blame when dolphins disappear? Do we blame the fishermen who set the nets? Or do we blame the people who failed to stop them? The answer is everyone, including ourselves. “We, the big we, the global we, are not great at understanding the root causes of our conservation challenges,” said Vaquita CPR communications director David Bader. “There is a community of 30,000 people in the upper gulf that has been established on an extractive, export fishery and the U.S and China need to own some of responsibility for taking in unsustainably caught seafood.” 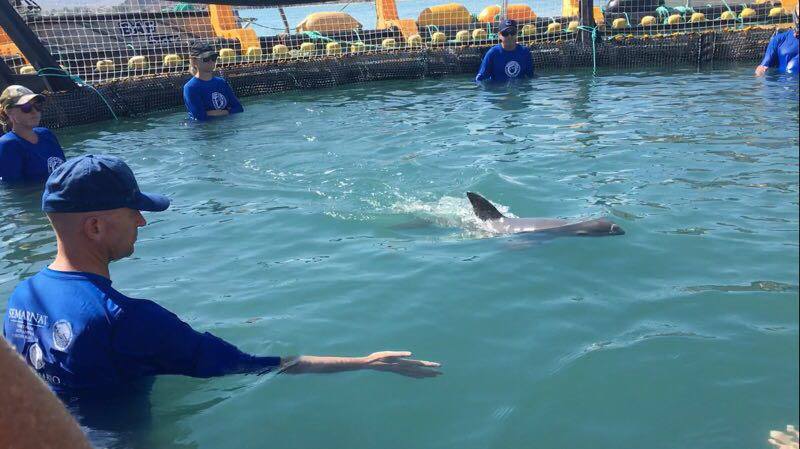 Scientists, conservationists, and government officials hoped to save the species by placing half the remaining population in sea pens until it was safe to return them to the ocean. But the program was called off, when a female died in a relocation attempt. Photo courtesy of VaquitaCPR. 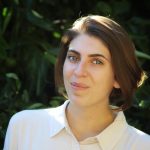 Annie Roth (AnnieRoth_AtSea) is a graduate student in the science communication program at UC Santa Cruz. To read more of her work, check out www.rothreporting.com.

Your ticket for the: Too little too late: A requiem for the vaquita

Too little too late: A requiem for the vaquita