False killer whales, sperm whales, pilot whales, offshore bottlenose dolphins, Risso’s dolphins —these are just a few of the amazing marine mammals we’ve seen when crossing from Florida to the Bahamas to research the resident dolphins in our study site. Surprisingly, however, little is known about mammals in this region of the Atlantic Ocean off the coast of Southeast Florida. 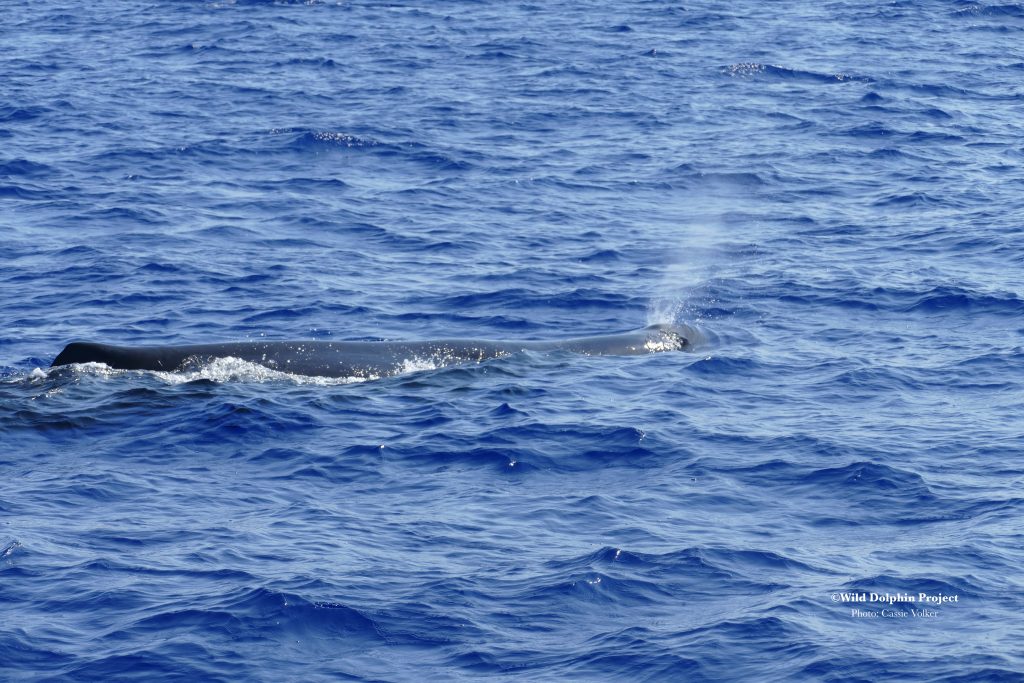 Sperm whale in the Atlantic Ocean when crossing to the Bahamas. © Wild Dolphin Project

A few years ago Dr. Cindy Elliser and Dr. Denise Herzing published a study about these sightings in the Journal of Northwest Atlantic Fishery Science. (To view the study click here.) “Denise and I realized we had many years of opportunistic sightings, yet consistent over decades, when doing the crossings to the Bahamas,” says WDP Research Associate Cindy Elliser, the research director and founder of Pacific Mammal Research. “So, we decided it would be an important thing to get out there and show that more research should be done in this area.”

To document the marine mammals, the two scientists gathered sighting information collected from 1986 to 2006 in nearshore and offshore waters from Gulf Stream between the Bahamas and Palm Beach, Florida. Nine species were observed during 60 sightings.

For two of the documented species, the false killer whale and Fraser’s dolphin, very little existing information was available with respect to sightings and distribution. “For many species we lack data, so any data about where they have been sighted is important to understanding their ecology, and may be very useful to other researchers in near-by areas,” says Cindy. “Marine mammals are hard to study, especially those in more open, deeper waters, so any information we can share is important!” she adds. 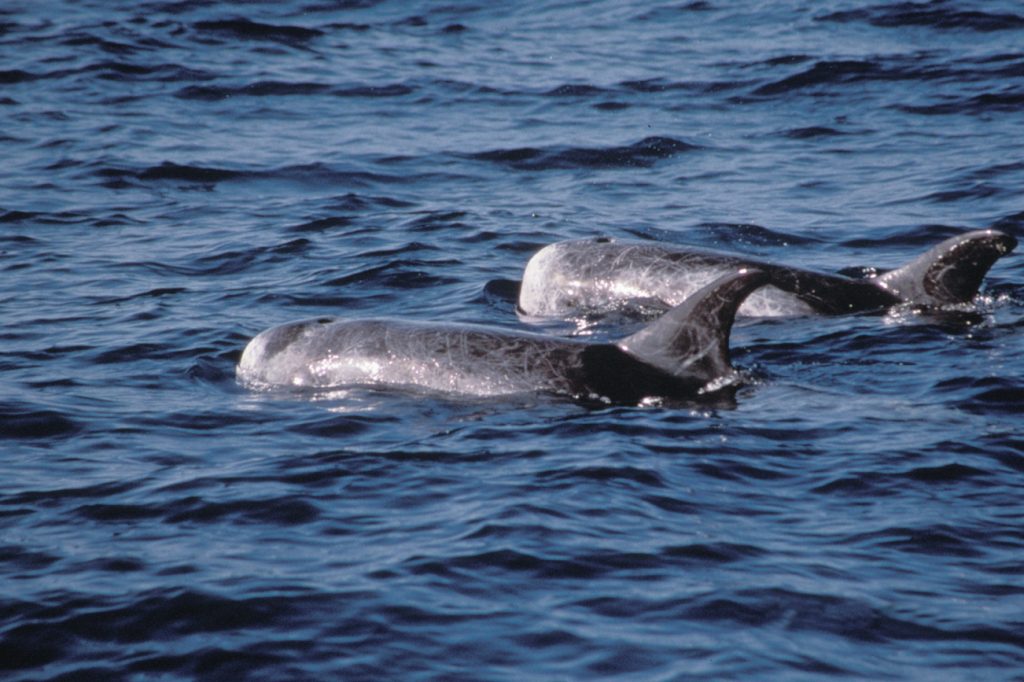 For most of the observations, the animals were traveling. However, in one case, the false killer whales were actually feeding. False killer whales are hunters — like the wolves of the sea. They are social creatures that form tight social bonds and share food they’ve hunted. The chance to witness them eating was a particularly memorable and special experience, says Cindy.

“The false killer whales were amazing, we stayed with them for over 2 hours and only left because it was getting dark and we needed to get back to FL at a decent time,” she says. “It was interesting watching some dive, then they would be at the surface with a large bloated fish, and they would take bites at the surface, leaving only the gills. Getting to see them foraging, and knowing they were diving deep to get those fish was really cool.” 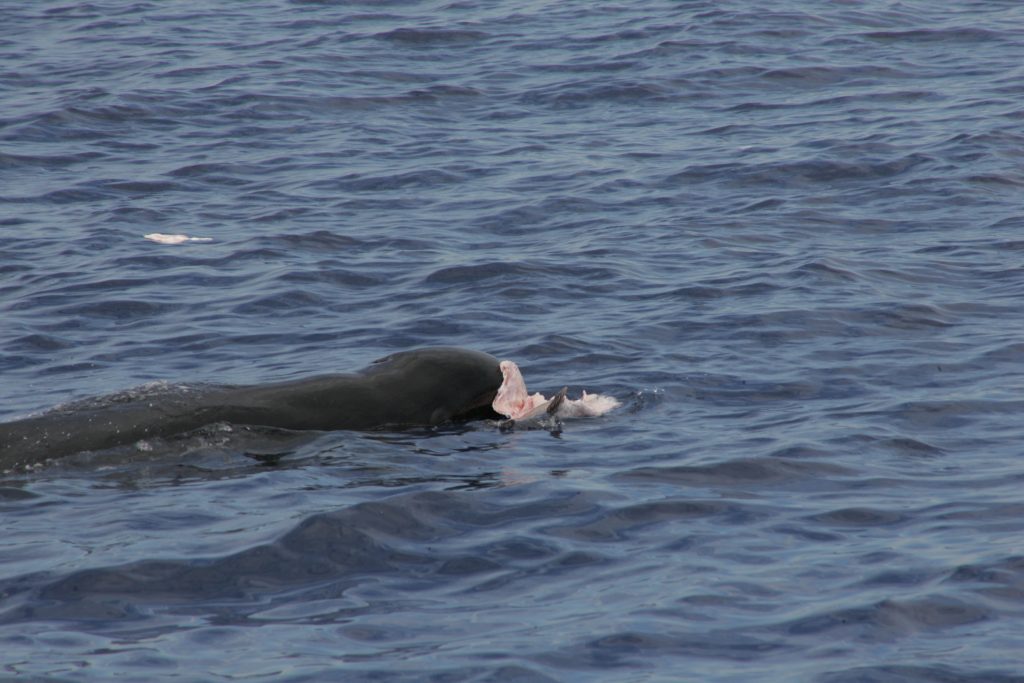 Another cool part, adds Cindy “was when one individual came over to the boat and stationed itself between our catamaran hulls, effectively making us a trimaran! We could hear the animal whistling, which was really neat.  Getting to see behavior like this of a marine mammal that you normally don’t get to see is very special.”

This study was the chance to document opportunistic sightings, which is still important, says Cindy. “It highlights if there should be more focused research in an area.” 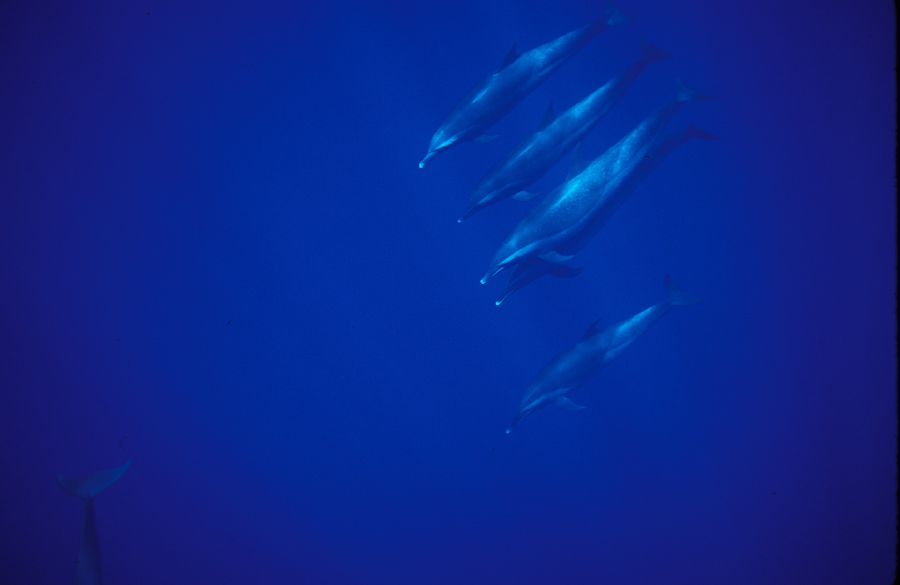 Your ticket for the: More than Spotted Dolphins…