The 2015 field season is already here, where did winter go?! We are eagerly waiting to get to the Bahamas and catch up with some familiar friends like BigGash, Mugsy, and Nassau. Unfortunately, our first trip was cancelled due to Tropical Storm Ana, which produced large swells in the Gulf Stream. Luckily for us, Ana moved up to South Carolina and is no longer a problem. Our next trip is scheduled to leave Tuesday the 18th! 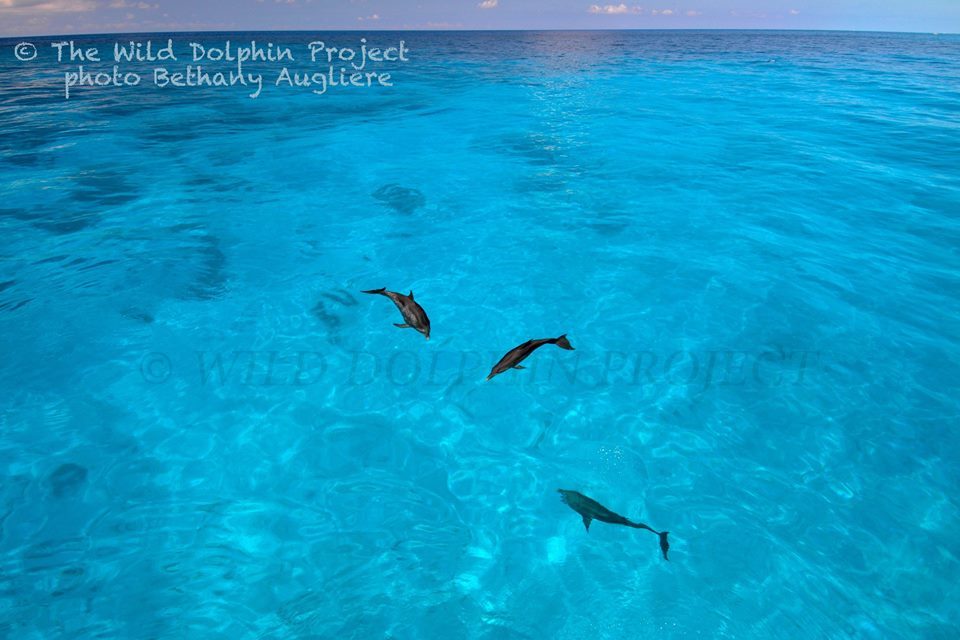 A lot can happen over the winter and we are ready to document those changes. There were 11 pregnant females last year, including a young female named Burgundy. If Burgundy’s calf survived the winter it will be the first recorded 4th generation spotted dolphin of The Wild Dolphin Project. Denise first encountered Burgundy’s grandmother, Paint, as a juvenile dolphin in 1985. She has known Paint for over 30 years! Paint gave birth to Brush in 1990 and Brush had Burgundy in 2000. Female dolphins typically become sexually mature around 10 years of age, or the “mottled” color phase. 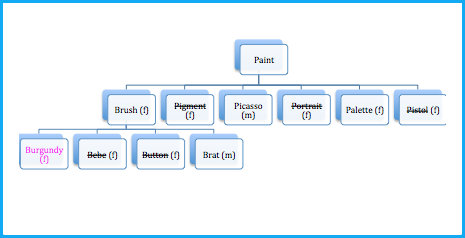 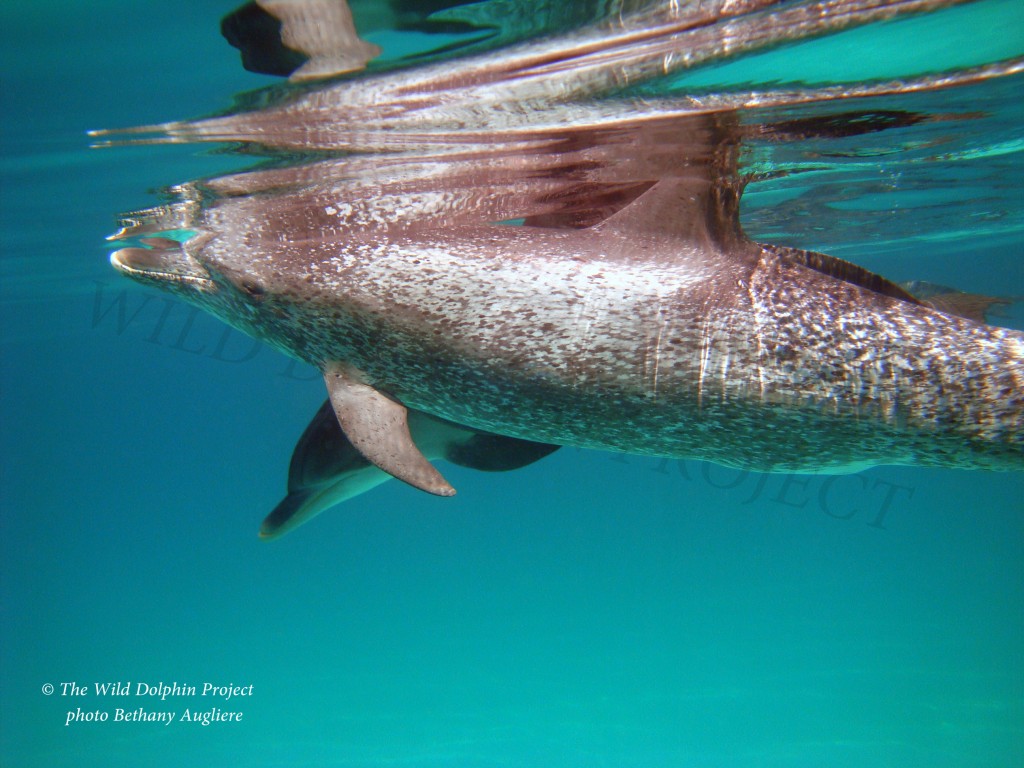 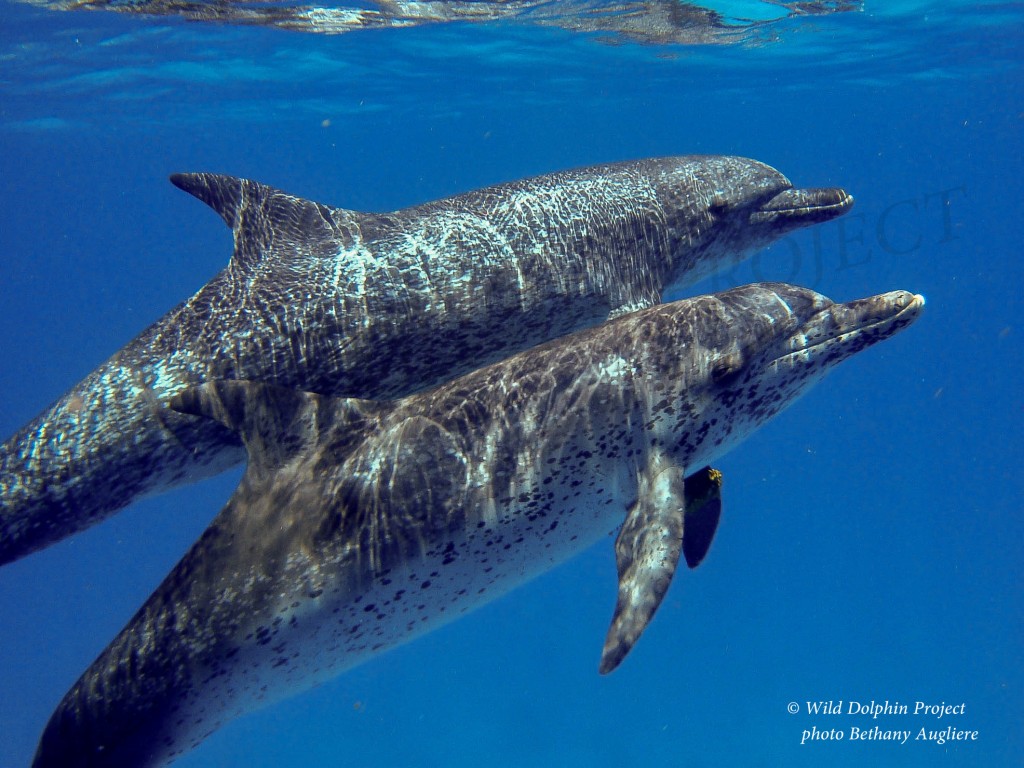 Burgundy (front) swims with an older male Finesse. Once she became sexually mature, Burgundy associated less with her mother and other juvenile females, and was seen more often with male groups. This is not uncommon as female associations change with reproductive status.

For the Wild Dolphin Project, maternity has been relatively easy to determine. It is inferred from observation of close associations between a female and a calf, including lactation and nursing. Paternity however, cannot be determined through observation alone. Fortunately, Dr. Michelle Green and Dr. Denise Herzing have been able to assess paternity using a non-invasive method by collecting fecal samples (yes, this means human researchers collect dolphin poop).  So far, Dr. Green has shown that the oldest males in the population are siring offspring, and in all pairings but one, the male is older than the female (check out the scientific publication here). The father of Picasso, Paint’s only male offspring, is BigGash who is estimated to be around 50 years old. Denise first observed BigGash as a fully mature male in 1986. This summer researchers will continue to collect fecal samples to further reveal patterns of spotted dolphin mating systems through genetic analysis. 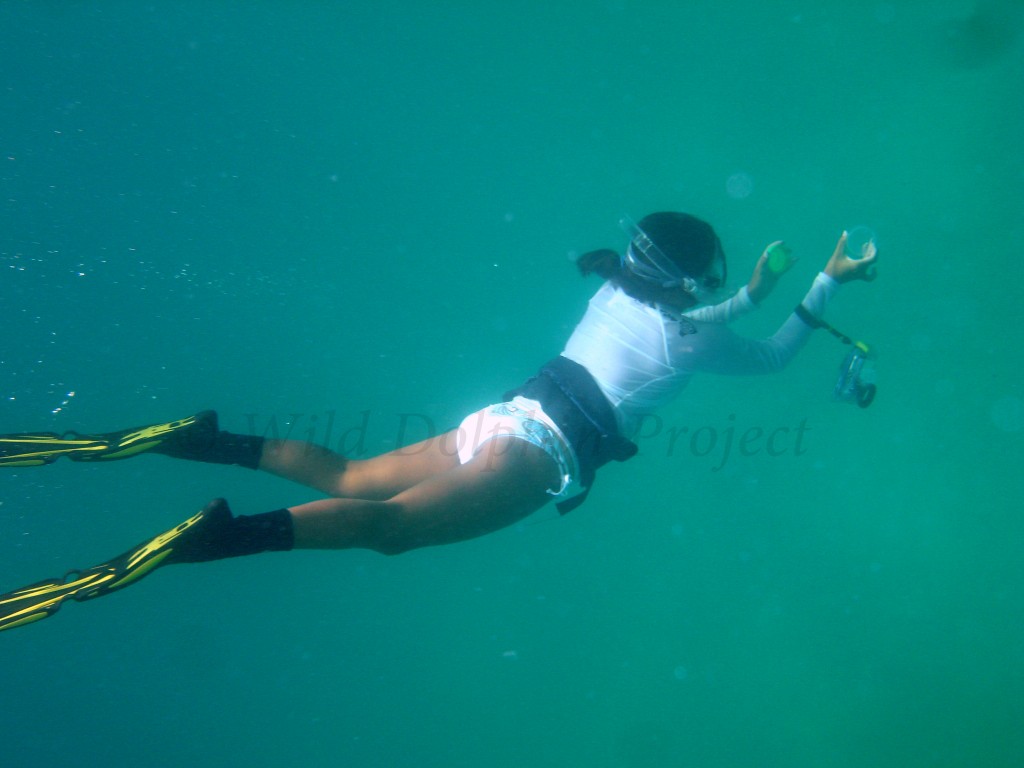 A WDP researcher dives down with a cup to collect a fecal sample. After collecting the sample it gets refrigerated and stored onboard.

Our first trip will be led by myself, along with two of Dr. Herzing’s graduate students, Nate Skyzypczak and Sommer Kuhn. Sommer’s thesis work will focus on the bottlenose dolphins, so we are excited for her to join the WDP team. Former intern Ariel Vierhellar will be coming back for her 3rd season to intern and cook- we are lucky to have her. The cook is a very important job out at sea! The rest of the participants are interns from all over, including another outstanding returning intern from last season, Liah Mcpherson. Liah will join us before starting college at The University of North Carolina at Chapel Hill- congrats Liah, we are happy to have you back! We are looking forward to meeting the rest of our interns and hope they are ready to work! Interns will be learning photo-identification techniques, assisting graduate students with data entry and fecal sample processing, and more. This year we are adding a required field journal to help students develop their observational skills- a necessity for any field biologist! (read more about interning)

Later in the season, Dr. Herzing will be onboard leading trips and continuing her two-way work with the spotted dolphins. This work was recently featured in the May 2015 issue of National Geographic Magazine, which can be read online here. She will be joined by some of her colleagues including Dr. Thad Starner of Georgia Tech, Dr. Adam Pack, and Dr. Fabienne Delfour.

Dr. Denise Herzing engages a juvenile dolphin in play with a novel toy, while wearing the CHAT (Cetacean Hearing and Telemetry) box.

Stay tuned as we continue to blog throughout the field season and post updates!

to learn more about CHAT and the two way work

to learn more about participating on trips or interning

Your ticket for the: It’s Summer!