One month-ago we deployed our first E.A.R. which is a passive acoustic recording device (read the blog here).  This trip we retrieved both units to download one month’s worth of data.  Although covered slightly with sand and sporting some algae growth, both units were found, retrieved, and then redeployed after swapping out the hard drives.  Each E.A.R. had about 8000 files to review, so Oceanwide Science Institute will be analyzing the data and sending us back the reports to review.  We are very excited to see what dolphin sounds were recorded when we were not in the vicinity.  We are hoping to also be able to tell the species (bottlenose or spotted dolphins) and perhaps even the individual, since we have a pretty large catalog of unique signature whistles.  Our main impetus to use E.A.R.s was because our dolphins have been somewhat displaced over the last few years, due to what we believe to be a food system crash. We hope this modern-day tool will help us monitor their whereabouts better in the years to come.

One of the E.A.R.s, slightly covered with sand and algae, rests on the ocean floor since it’s deployment in May. Photo: Liah McPherson 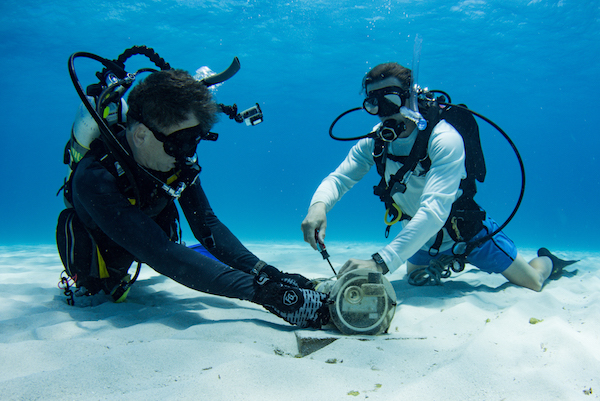 First Mate, Tyler Hazelwood, and Board Member, Drew Mayer, unfasten the E.A.R. from the concrete anchor below. Photo: Liah McPherson

Trip 3 was also special trip since we were joined by Miles O’Brien, award-winning science journalist and his team. Miles is a well-known science writer for PBS, CNN and other news outlets.  He has covered our work in the past “How do dolphins communicate?” PBS NewsHour but this was the first time he joined us in the field.  Of course, all journalists have their toys, and Miles came loaded with both an aerial and underwater drone, mostly for experimentation.  Lots of courtship/mating behavior was recorded and observed during this trip so it was a terrific introduction of real spotted dolphin behavior to their team. 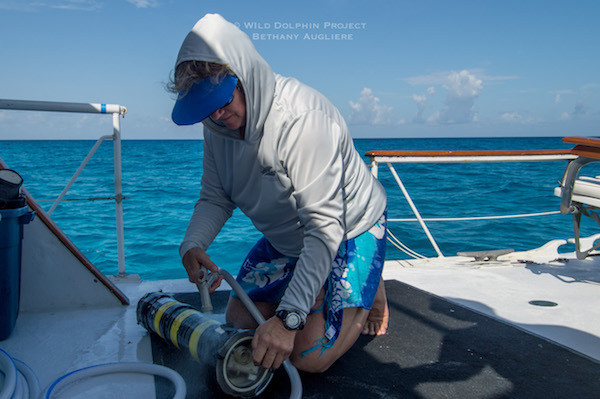 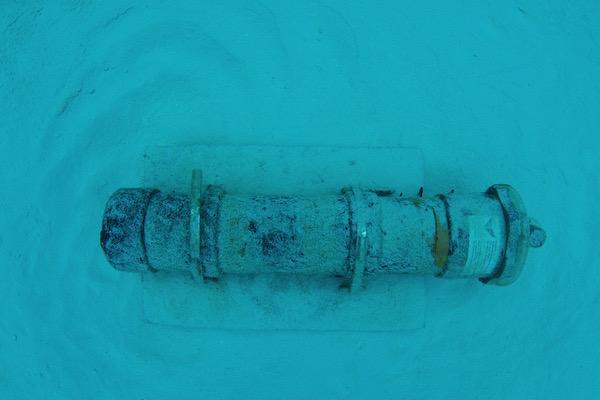