Trip 2 (from May 22-May30th) started out a little rough. We left late from the dock in hopes that the wind would die down and make our crossing easier. This was not the case. Unfortunately, most of the interns got a good dose of seasickness along the way — welcome to the ugly side of field research!

Our first couple days were supposed to be decent weather, so after clearing customs at Grand Bahama Island, the next morning we decided to book it down to our second study site in Bimini, which has a larger population of resident dolphins. On our way down we stopped at a good snorkeling spot and gave the interns a chance to try their gear and test their snorkeling skills.

As we made our way south, stomping came from the bridge and we had spotted dolphins on the bow! It was a mom/calf pair and three older males. This was probably the best encounter we had all trip. The dolphins were hanging out and being very curious, and the encounter was long enough that all the interns were able to get in. Below are some pictures of Sunami, a male spotted dolphin, who seemed just fine hanging out with the humans (shown below). 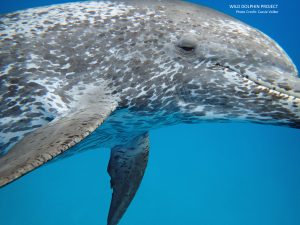 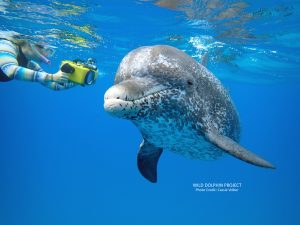 This year I have been trying to implement a few new things for our internship program. They are dependent on time, and this trip we had quite a bit of that to go around. We ended up being stuck at anchor from Friday afternoon until Monday afternoon with bad weather. Even at our shallow and protected anchor spot, we endured days of 4 ft swells.

One aspect we are  trying to improve  is allowing interns to help with directly data entry and working through their own data that they collect, such as labeling their own photos for photo-identification. To make this more feasible, we designated one of our laptops to be able to be used by the interns. This way, they download their photos on this computer and are able to work through them just as we do. They learn to label photos correctly, and they get the feel for how hard photo ID’ing can be! We also had them assisting us with data entry by reading through the data sheets and learning how to work with the database (and deciphering some of our handwriting!).

Another addition to our internship program is having them read 3 of the WDP research papers and be prepared to discuss what they have read. In the beginning of the trip, I split them up into teams of 2 and designated a paper per team. They are supposed to read all three but then each team of 2 is responsible for leading a discussion on one of the papers. During down time, the interns led their discussions, which went really well, and a lot of good questions were asked. The goal was to get them to think critically about what they were reading, and also provide more practice reading scientific papers, especially as many of our interns are interested in continuing on to graduate school. The interns seemed to like this part and it went over really well.

It wasn’t all work and no play! At the end of the trip we did end up planking 2 interns who thought they were funny (trying to get one over on the crew! I think not!) and Liah (our long term intern) who was being a double agent! We were tricked into thinking one of the interns was from Australia because he had a very convincing accent, but we figured it out and got our revenge. We warned them in the beginning of the trip that planking is real and no one believed us…

All in all, it was a good trip even though mother nature was giving us a hard time. In total, we had 7 great spotted dolphin encounters and 4 bottlenose dolphin sightings.We had a good group of interns who were willing to learn, and we had some fun along the way. We hope to see some of them back next year, and remember planking is no joke! 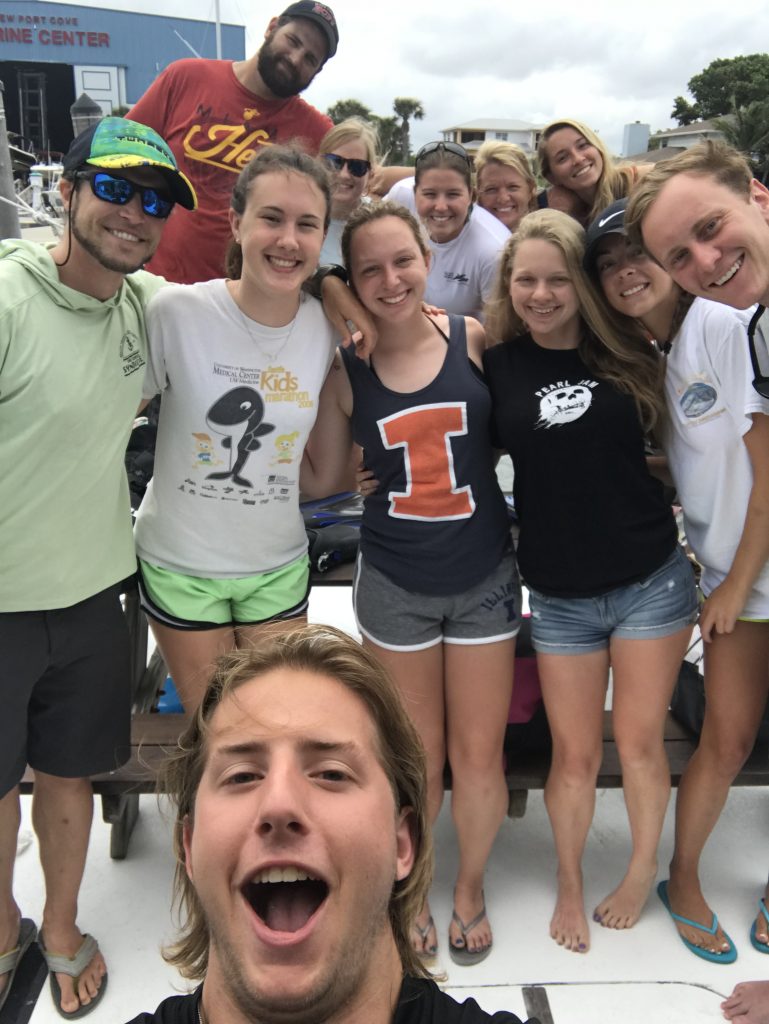