Much of our long-term work studying dolphins in the Bahamas relies on identifying individuals in the population. By tracking individuals we can understand patterns in relationships, communication, and behavior differences between sexes and age classes, among many other things.

To do this, sometimes requires a bit of detective work.

We use surface and underwater photography to identify individual dolphins. Every field season known dolphins are re-identified, new dolphins including calves and immigrants are identified, and the losses of animals are documented as well. If there is an immigrant or “new animal” we always first try to confirm it isn’t an animal we haven’t seen in a few years, or a “lost” animal.

So, what does that mean? How does this all work?

During the field season, if we cannot ID an animal easily, we categorize it as an UNID animal and record that in our data for that encounter. That way, once the field season is over we can go back through our photos or video with a fine-tooth comb and start looking at the UNID animals more closely (assuming we got photos of that animal).

It’s not often we get UNID animals, but it does happen. Every few years we’ll get a group of immigrants – one year it was an alliance of sub-adult males for instance. In other cases, it’s a juvenile with very few spots. Many times, that juvenile turns out to be a calf from a prior season or two, it’s just that now they aren’t with their moms since they are independent, so we didn’t immediately recognize them. Calves are born all grey so we use coloration patterns and the melon marks on their heads to ID them, and they are often with their mom, which makes it easier.

From Pumpkin to Mola

When we began our second field site in Bimini in 2013, we had to start a catalog from scratch. There were resident animals to Grand Bahama Bank (GBB) off Bimini, including the group that relocated from Little Bahama Bank (LBB) off Grand Bahama Island to Bimini.”Since we now have 9 years under our belts with the resident Bimini dolphins, we have a solid ID catalogue. These days it’s rare for us to have encounters where we can’t ID all the dolphins that we get a good photo of, or see clearly in the water,” said research assistant Cassie Volker-Rusche.

Recently, Cassie found an animal that had been misidentified. This individual had been identified as a new animal in 2016 and named Mola, but it turns out she was actually a calf, formerly named Pumpkin that we thought was lost since 2014. 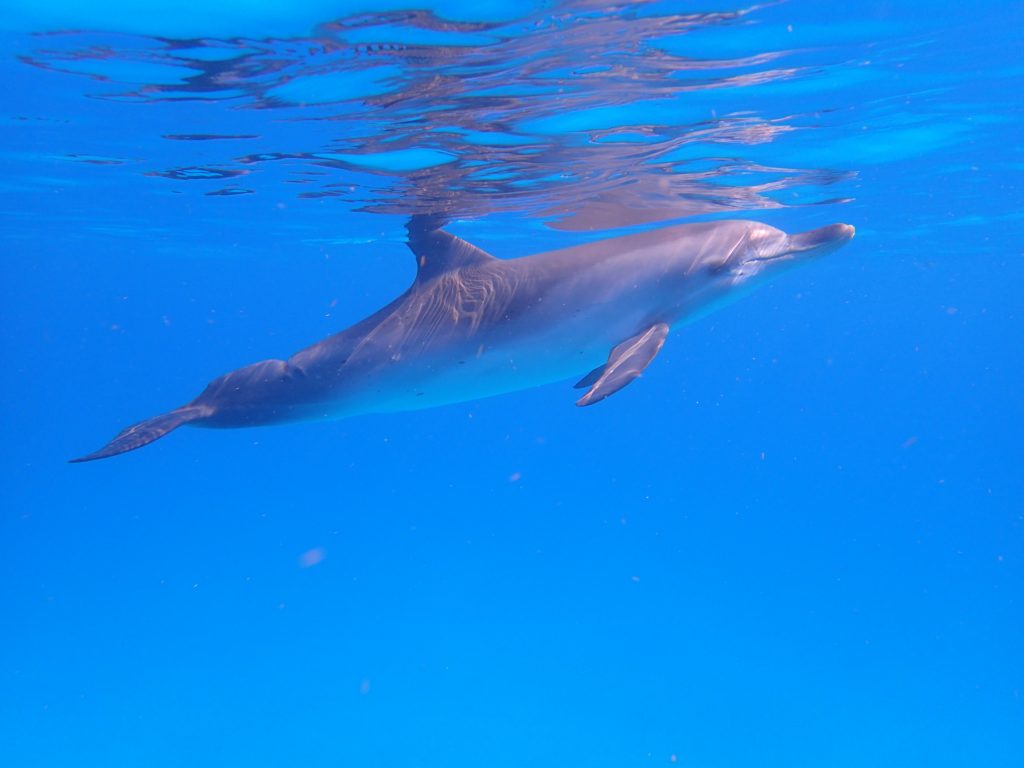 A photo of Mola in 2017, showing her gash in her peduncle (area between her dorsal fin and fluke) and dark rostrum. Copyright Wild Dolphin Project.

Cassie was working during the off-season to double-check the early years at the new Bimini study site. “ Not only did we have a whole new population to ID, but we were still splitting our time pretty evenly between the LBB and GBB study sites. So we did not have as much concentrated time in Bimini in those first few years. Since we now know the Bimini dolphins, I wanted to go back to those first few years to double check our ID work.”

As Cassie was examining photos of Pumpkin — a lost calf last seen in 2014 — she noticed her unique coloration — similar to Mola. She also found a previously unknown photo of Pumpkin with a gash in her peduncle, similar to Mola. However, when Mola seemingly showed up as a new animal in 2016, she had a scarred up rostrum. “I think that’s what thew us off when we first saw Mola — that scarred up rostrum,” said Cassie. We assumed too quickly she was a new animal. Now, years later, after closely comparing Pumpkin and Mola, Cassie confirmed that they were, in fact, the same individual. 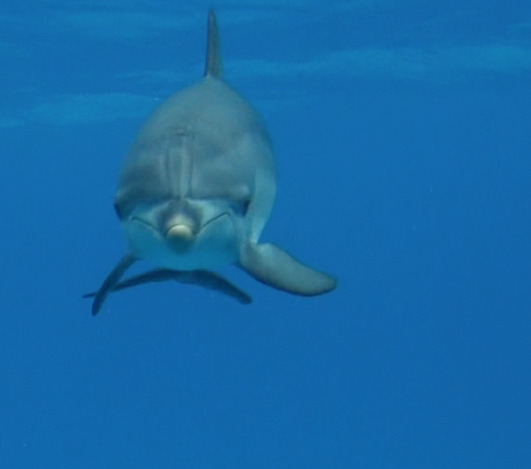 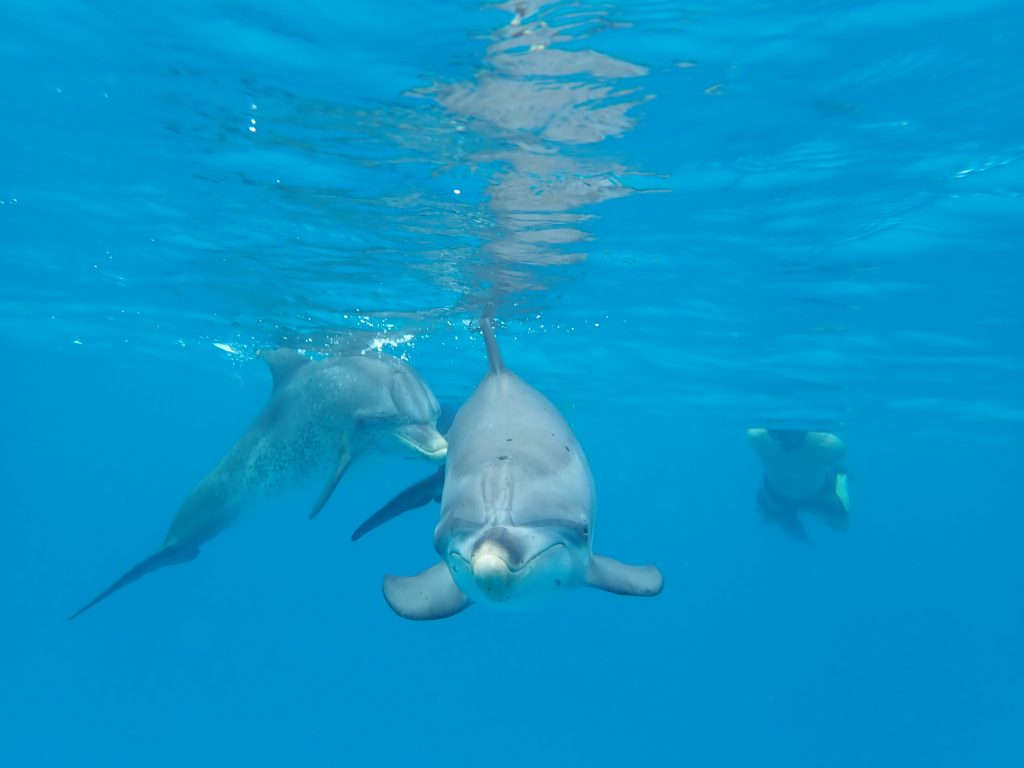 A photo of Mola — now known to be Pumpkin —  head-on in 2016. Copyright Wild Dolphin Project.

Photo-ID work can be a very tedious process, especially in the beginning of a study or at a new study site. “You have to be very organized and methodical when you are starting an ID catalog. You don’t want to miss an individual and you don’t want to have one individual ID’d multiple times. Also, even though their spot patterns are as unique as human fingerprints some spot patterns can be very similar. It is important to double check your work when confirming an ID. At the WDP, we go by the rule of having at least 3 spots or markings that match up,” said Cassie.

For Cassie, she enjoys the work as a detail-oriented person, which is a good thing for WDP! “It is rewarding when you make a match, or ID an animal that we thought was lost.”

Your ticket for the: Dolphin Detective