For 36 years, researchers with the Wild Dolphin Project have studied generations of dolphins in the Bahamas. As many of you know, it was founded in 1985 by our current research director, Denise Herzing, Ph.D.

In 2016, the project reached a major milestone when the first fourth generation calf was born, a little male calf named Bueno. “We are proud to have tracked this family throughout our decades including Great Grandmother Paint, Grandmother Brush, Mother Burgundy, and now Bueno, through their lives,” said Herzing. 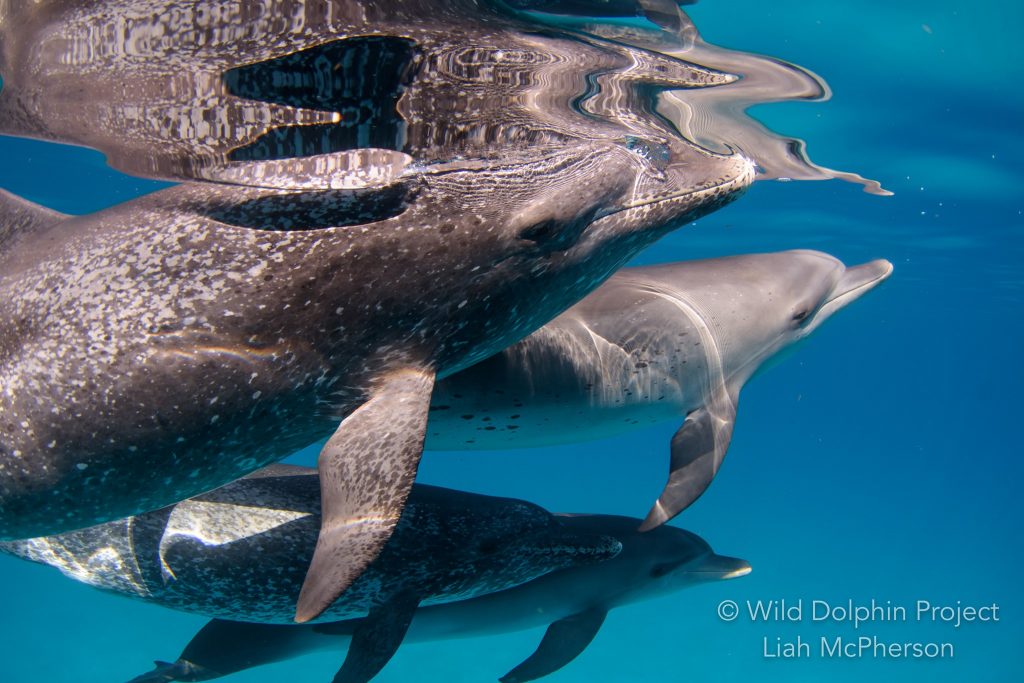 Well, we recently discovered that last year we had a couple more fourth generation calves in our population. Burgundy has a new female calf, named Basmati. We’ve also learned that Bijyo has had her first calf, named Bullet. Bullet’s family includes, great grandmother Blotches, likely born in the fall of 1992, and first seen in the summer of 1993, grandmother Bishu, and mother Bijyo. When Bijyo was a youngster, she was always one of the more friendly and playful dolphins. So, we’ll be curious to see Bullet’s “dolphinality” emerge.

And lastly, one of the more famous dolphins in our population, Nassau, just had a granddaughter, named Nesta. Some of you might remember that Nassau was featured on the cover of National Geographic Magazine in 1992 as a calf with her mother Nippy. In 2013, photographer Brian Skerry joined us for an expedition to find and photograph Nassau as an adult for a story he was working on about dolphin intelligence. Well, Nassau had Nereide in 2009, who recently had her first calf, Nesta. 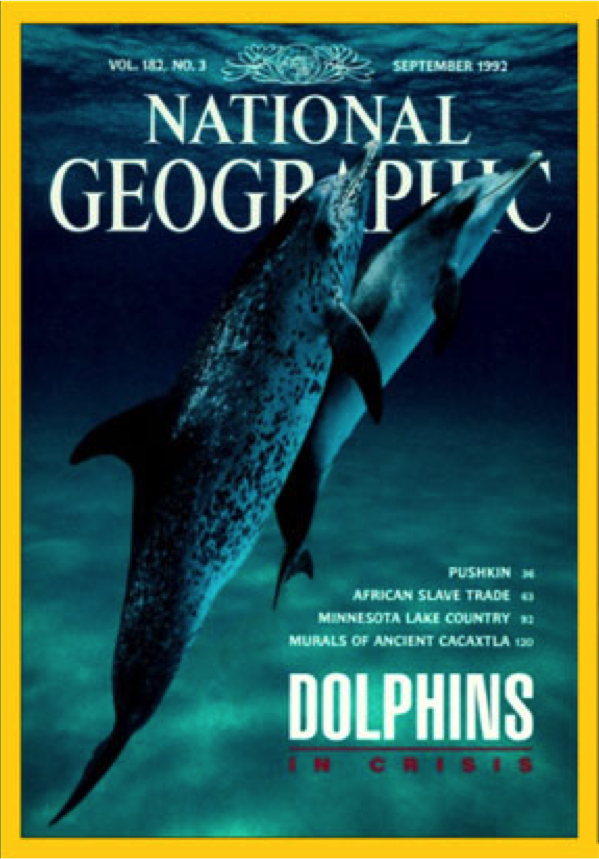 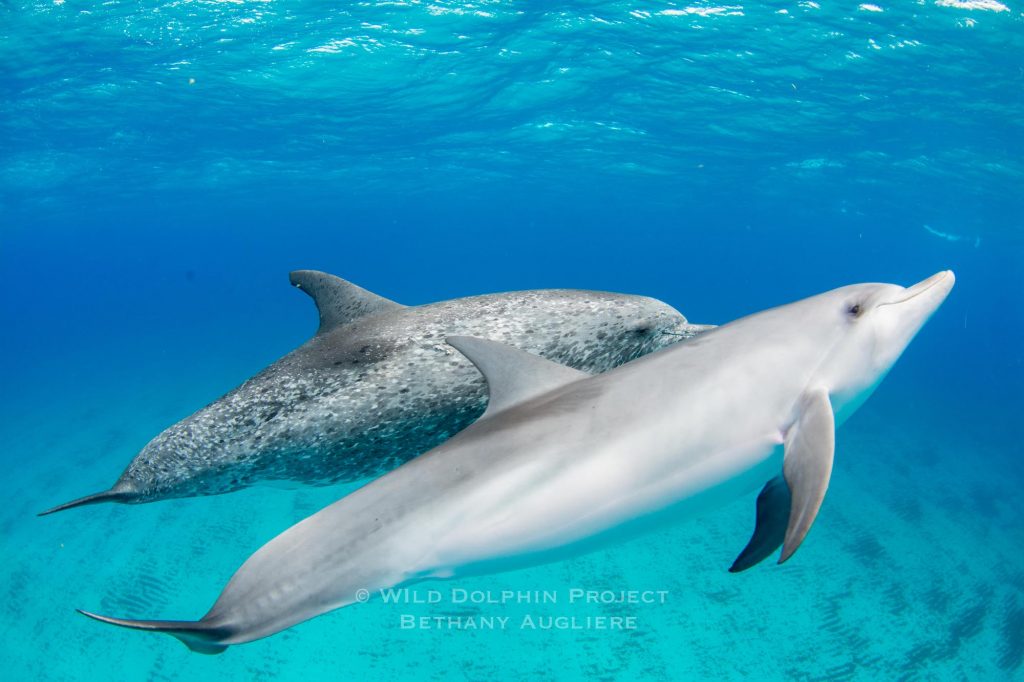 Nassau with her calf, Nautica, in 2018. Photo by WDP research associate Bethany Augliere. 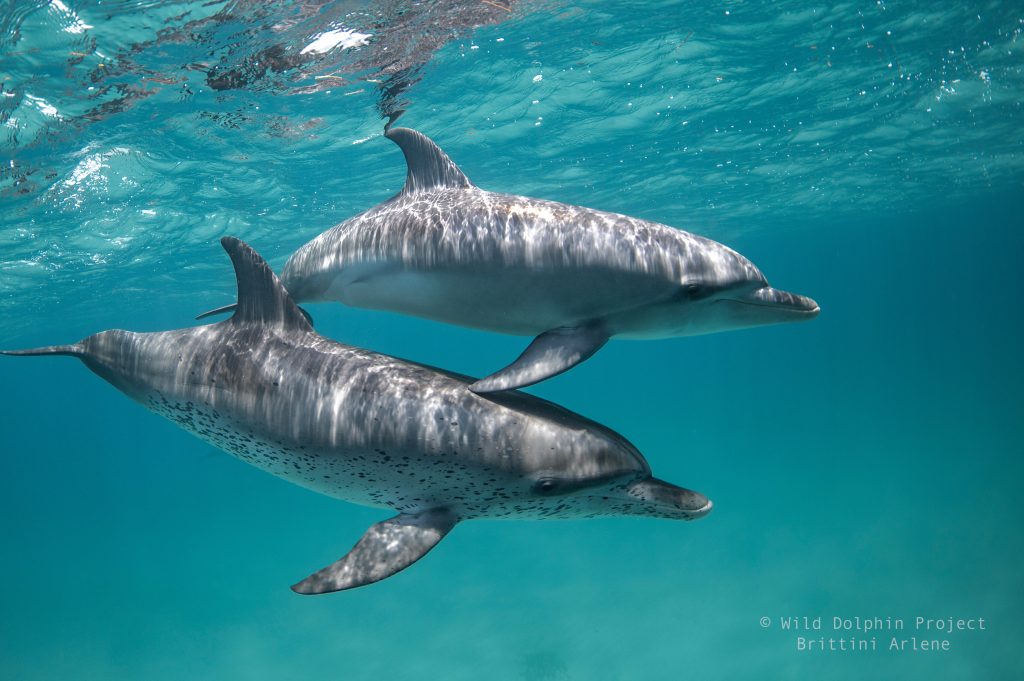 Nassau herself still has calves in the population, like Nautica, Nautilus and Nugget. And Bishu as well, with Birch and Bonzai, as well as her newest calf, Baloo. Obviously, these moms are doing something right to be such successful mothers!

Throughout the years, we’ve studied the complex lives of these animals, including everything from how these dolphins communicate to where they feed, and how long they nurse. We’ve been able to learn about them as individuals through multiple generations, and watched animals go from calves to grandmothers. As human impacts and environmental change continue to threaten marine life, it’s our job to continue to track and observe these animals, so we can best understand how to protect them.

Your ticket for the: Another Fourth Generation!