Story and Photographs by 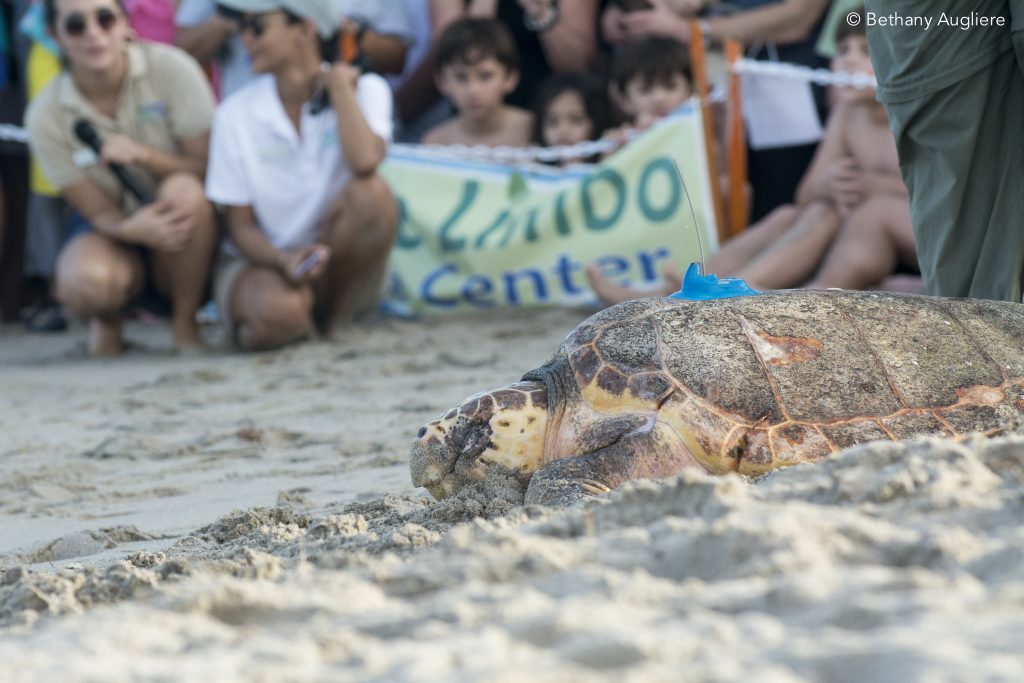 Kraken was returned to the sea after 7 months in rehab because a boat sliced her face.

With several hundred onlookers cheering for her, Kraken — a 200 pound loggerhead sea turtle — returned to the ocean after months in human care.

Last June, Kraken was taken to Gumbo Limbo Nature Center in Boca Raton, Florida. She had been struck by a boat that sliced her face, leaving her jaw mangled. If her powerful crushing jaws couldn’t be saved, Kraken wouldn’t be able to eat, squashing her chances of survival in the wild. Loggerheads sea turtles eat hard and crunchy shellfish, like lobsters, clams, and mussels. 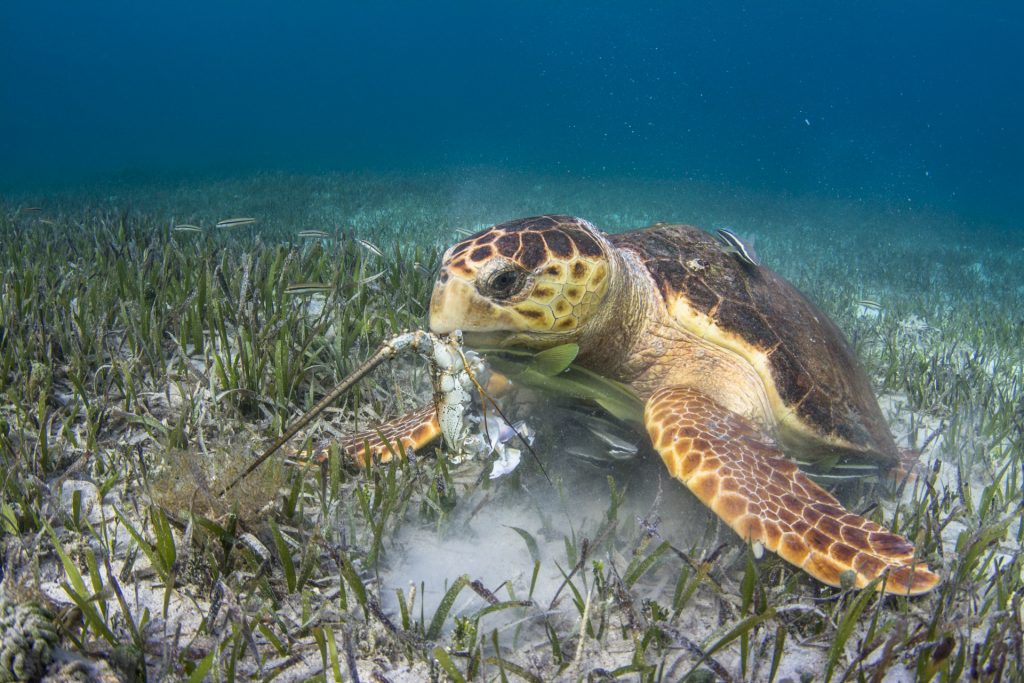 A wild loggerhead sea turtle chomps down on a lobster in a seagrass meadow of the Bahamas during a research expedition with the Wild Dolphin Project. 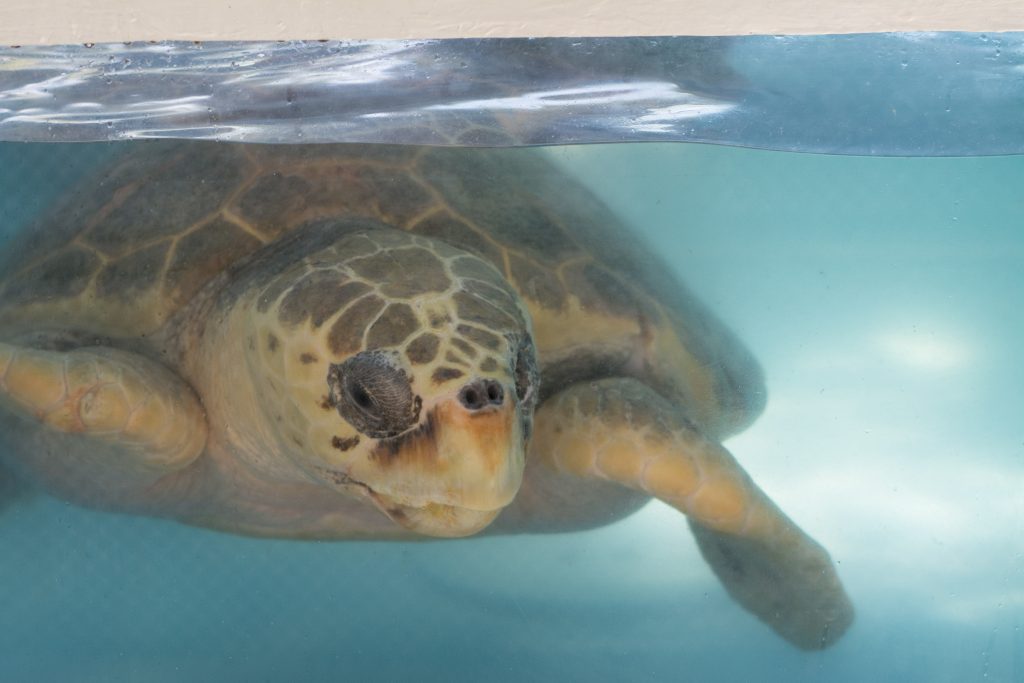 Loggerhead sea turtles are listed as ‘vulnerable’ according to the International Union for the Conservation of Nature. As an adult female capable of reproducing, Kraken is a valuable member of the population.

The southeastern United States is one of the most important places where loggerheads nest. It’s actually the largest nesting aggregation in the world for loggerheads — and Florida, is home to 90 percent of those nests! (That explains why loggerheads are one of the most commonly seen turtles in Florida waters). 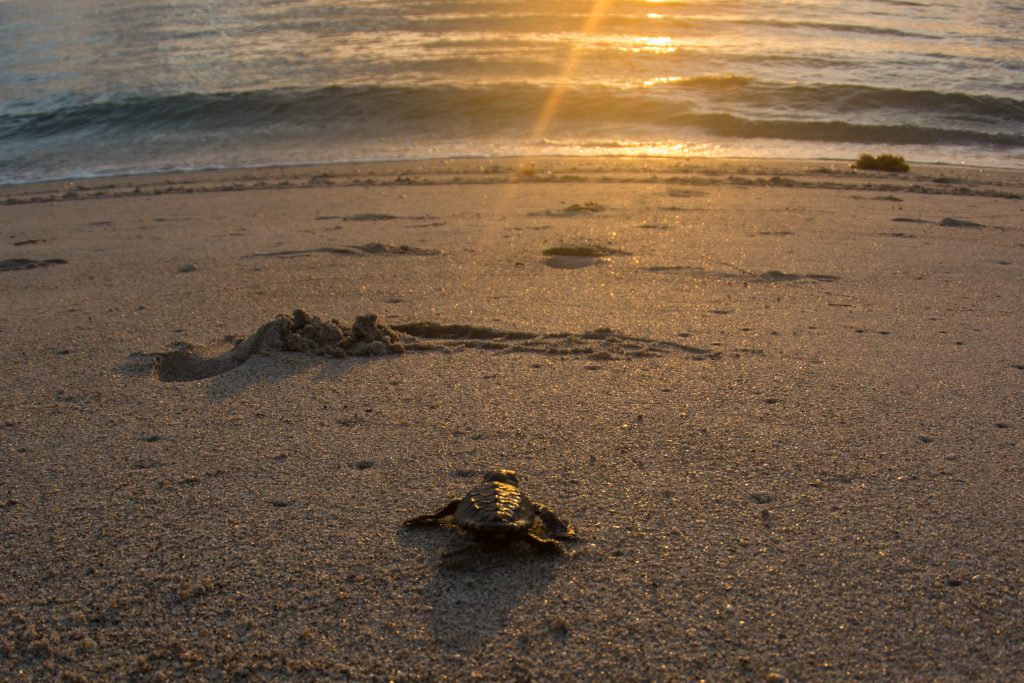 While at Gumbo Limbo, Kraken underwent multiple reconstructive surgeries to save her jaw. And in the end, the vets and wildlife rehabilitators were successful! Kraken did lose her left eye, but with the right one still in tact – the staff were confident releasing her to the ocean. 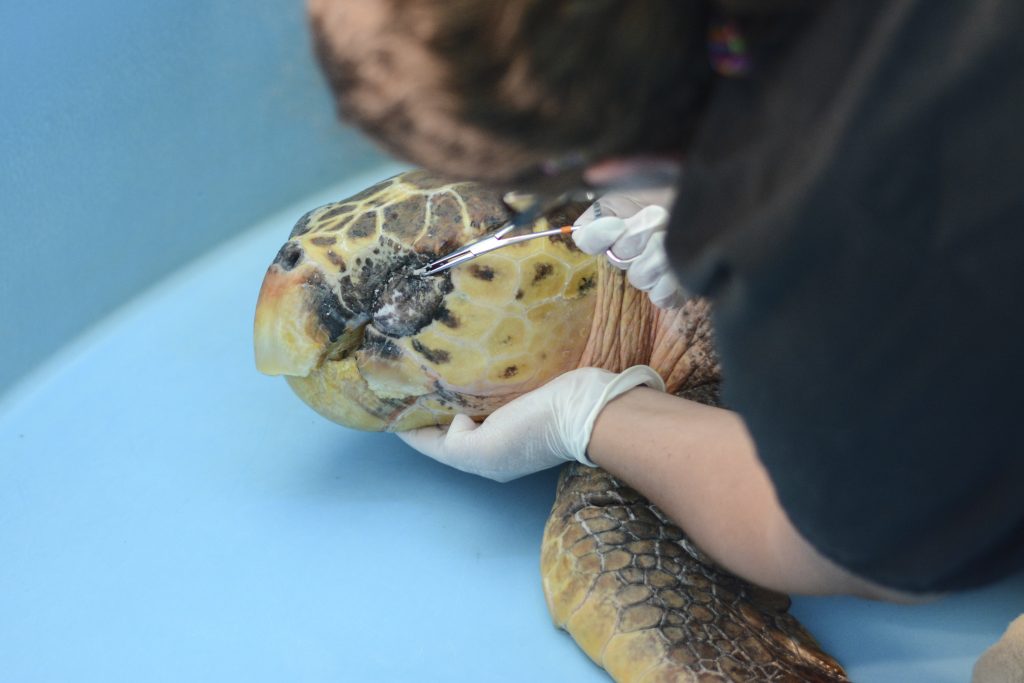 A wildlife rehabilitator at Gumbo Limbo Nature Center tends to Kraken’s eye a few weeks before her release.

After 7 months in human care Kraken was ready to be released. At 4:30 pm last Tuesday, Gumbo Limbo staff roped off a section of the beach. As the golf cart came through with Kraken in a black tub, the audience applauded. 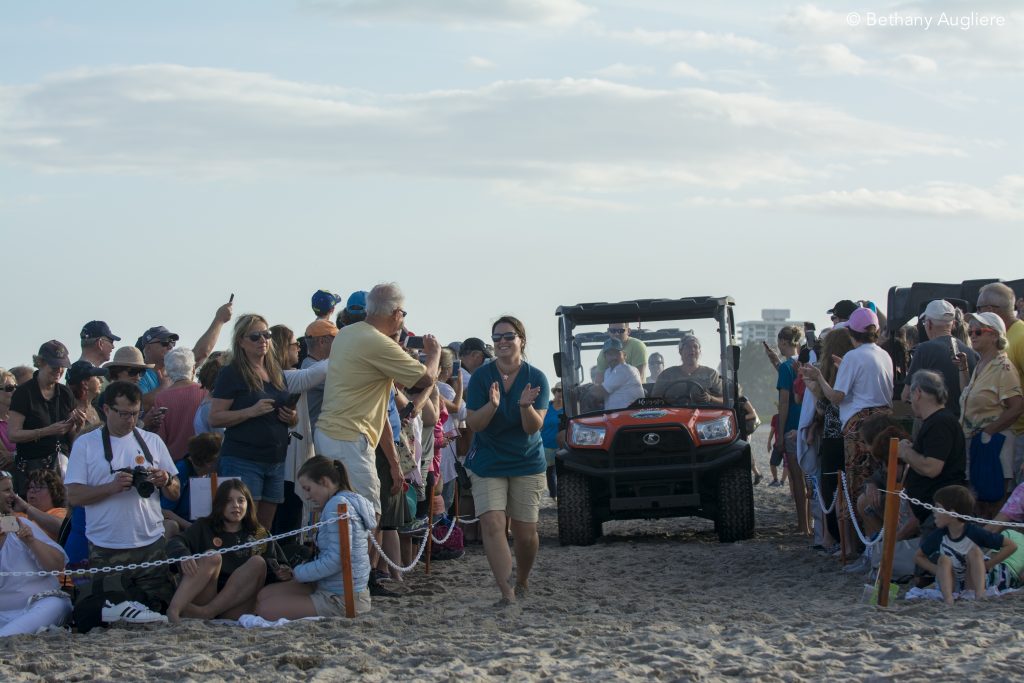 Wildlife rescuers drive Kraken from the turtle hospital to the beach, in a golf cart.

They set her on the beach facing the ocean. Kraken got a bit confused and turned toward the shore, but ultimately the wildlife rehabilitators set her straight and Kraken swam back home. You can follow her journey here. 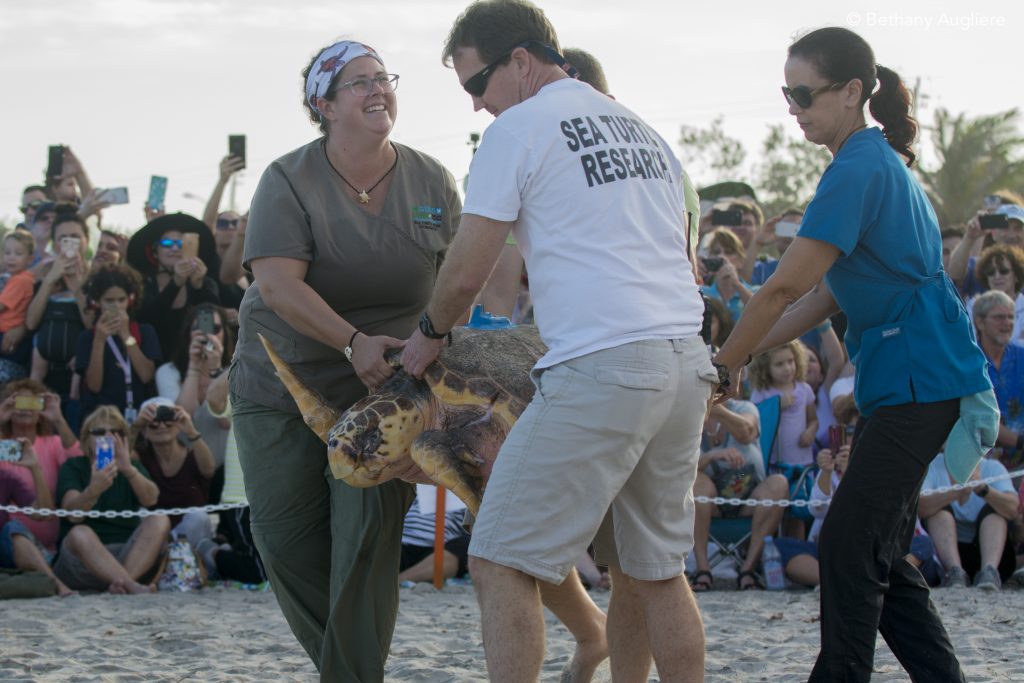 Wildlife rescuers and rehabilitators from Gumbo Limbo Nature Center bring Kraken to the sand so she can make her way to the ocean.

So, what can you do to help marine life like Kraken and other critters, including wild dolphins of the Bahamas.

1. Reduce your use of single-use plastic, like plastic water bottles, bags and straws. Plastic bags look like jellyfish and food to sea turtles that can kill them if ingested.

3. Donate to research and conservation groups — every little bit helps! You can also volunteer with organizations like Gumbo Limbo, whether that’s helping care for injured sea turtles or participating in beach clean-ups.

4. Donate to research and conservation organizations. There are lots of ways to donate to the WDP, such as becoming a member, joining us on a research trip, or shopping around our online store.

Your ticket for the: Release the Kraken! A Conservation Win.