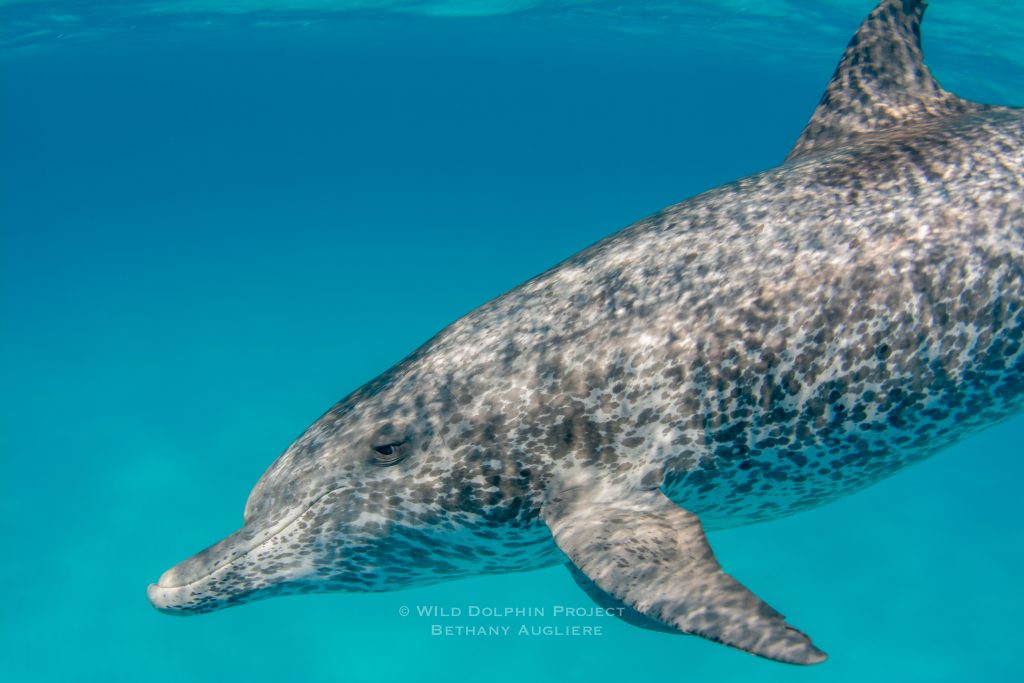 In 1985, Denise Herzing founded The Wild Dolphin Project to study a community of wild Atlantic spotted dolphins in the Bahamas. That’s a long time to study one group of animals, which means that since time, Denise and other staff members, graduate students, colleagues, interns, and participants with the project have gotten to know the dolphins as individuals. Amanda has always been a favorite and certainly one of mine.

Amanda was born in 2001 to Apple. As a youngster, she was always bold, playful, and curious. I can remember times where she would come up to inspect my fins, and sometimes even nibble on them. What’s interesting is that one of her siblings, Achilles, who was born in 2008, is also one of my favorite dolphins. 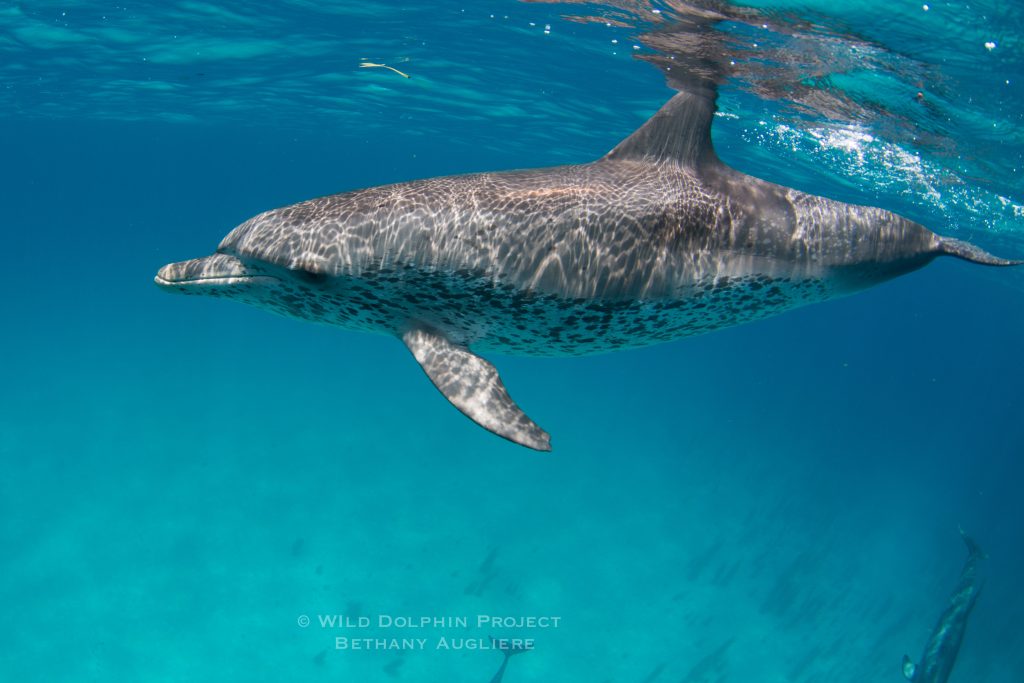 Achilles, the younger brother of Amanda.

Like Amanda, Achilles is quite curious and bold. Back in 2011, I was watching an aggressive encounter between a couple male bottlenose and some young spotted dolphins. The bottlenose were targeting, Linus, who had that time, did not have any alliance members to back him up. In fact, an alliance of older spotted males circled the action but did not risk injury to themselves by getting involved to help. Then, little Achilles came in and charged the much larger bottlenose head-on, to help defend Linus. What a guy! 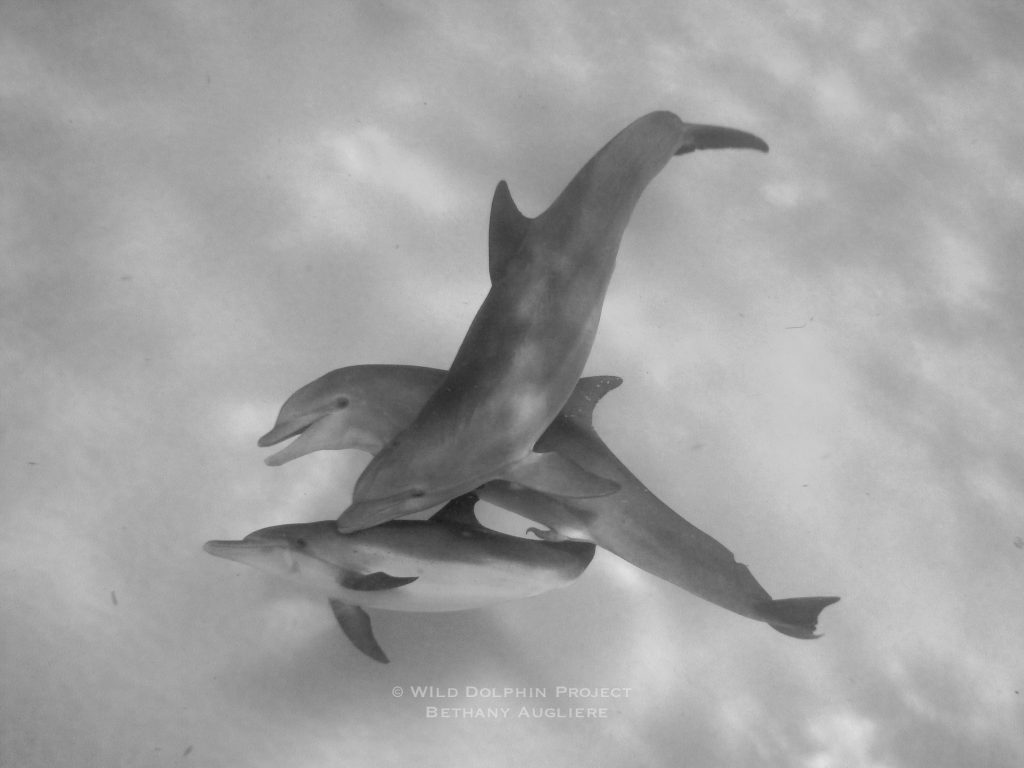 In 2011, Achilles getting harassed after charging two larger bottlenose, Wigwam and Nightmare, who were originally going after another spotted male.

Over time, as Amanda grew up she became less playful and interested in interacting with humans. That’s actually a good sign, because around the age of 10 is when females become reproductively active. Instead of goofing off as a teenager, she was out searching for mating opportunities. 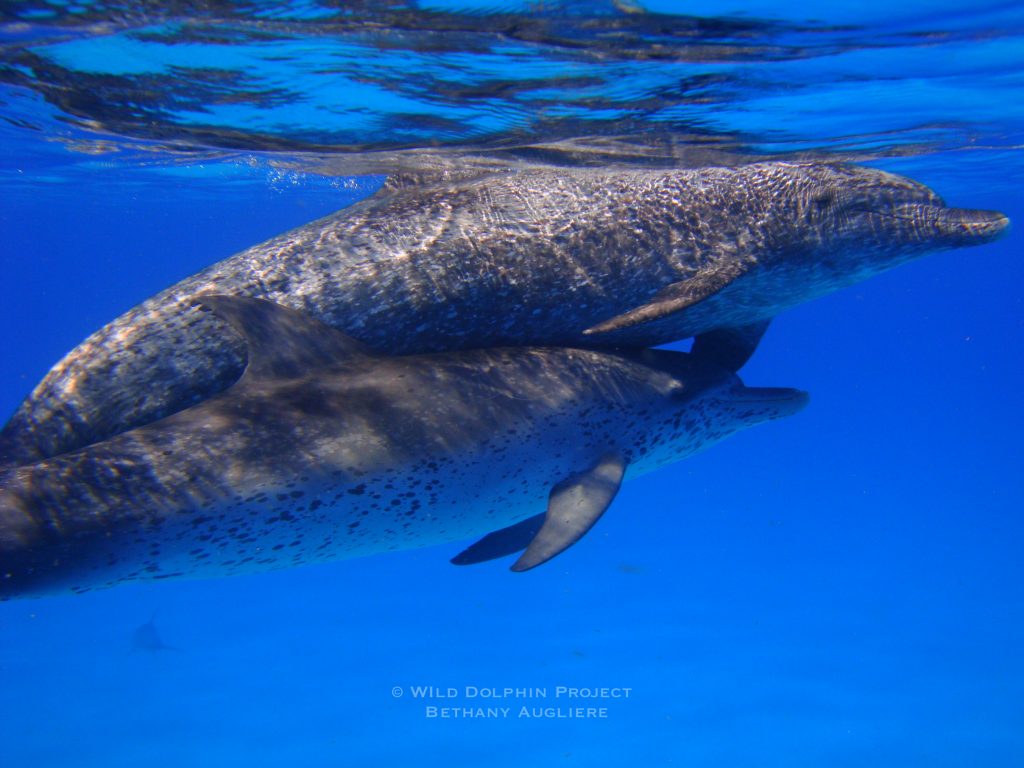 In 2011 at 10-years-old, Amanda became less interested in playing, and more interested in spending time with males. In this 2011 photo, she’s engaging in some bonding and social behavior with an older male (above), named Scqew.

There’s also more to her story.

In 2013, half of the resident community of spotted dolphins left Grand Bahama Island and traveled south to Bimini, crossing the deep Providence Channel to do so. We’re not exactly sure why this happened, but we suspect it was due to a collapse in the food web, due to changing oceanographic conditions off of Grand Bahama (to read more about that, check out the WDP scientific publication here.). After that happened, we added Bimini as a study site and now split our time surveying the two islands. Amanda was one of the dolphins who left for Bimini, along with her mom Apple and brother Achilles. We didn’t see much of Amanda in Bimini though, as she was busy with the boys.

Then, in 2015, we were surveying our original study site off Grand Bahama Island and we saw Amanda’s distinct dorsal fin slice through the water. We got in and she was with 3 older males who had also left for Bimini in 2013: Navel, Mystery and Poindexter. Why did they come back? So far, they are the only ones to do so. It’s something we’ll try to answer in years to come, as we continue to monitor both communities and the environment.

What’s In a Name

We don’t often give the dolphins “human” names, but Amanda is unique.

In 2001, the WDP named Amanda for donations in memory of Amanda, a little a 15-year-old from Albuquerque, New Mexico who loved the ocean, was passionate about protecting it creatures, and who had snorkeled with wild dolphins in Hawaii.  In honor of Amanda and the donations received in her memory, we named one of the new female baby dolphins born that year for Amanda.  In 2007, Amanda’s brother joined one of our summer research trips, was able with the help of our researchers to identify Amanda the dolphin, and had the opportunity to snorkel with Amanda and her family pod.

In 2017, we didn’t see Amanda, but we did this past field season. To our delight, Amanda had a new calf with her too, a little male. We asked that family to name the new calf and they chose the name Astro — we love it. 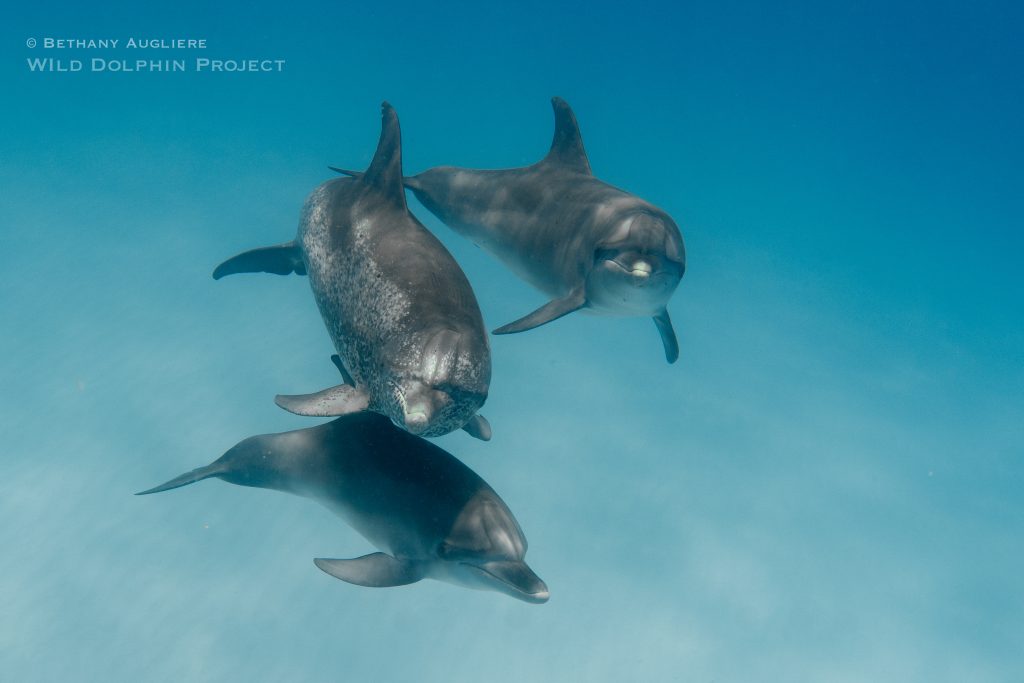 Amanda with her new calf, Astro (below) and another youngster.

We’ll continue to follow Amanda, Astro and her family as long as we can. As always, we’re grateful for our supporters who help make the work happen. 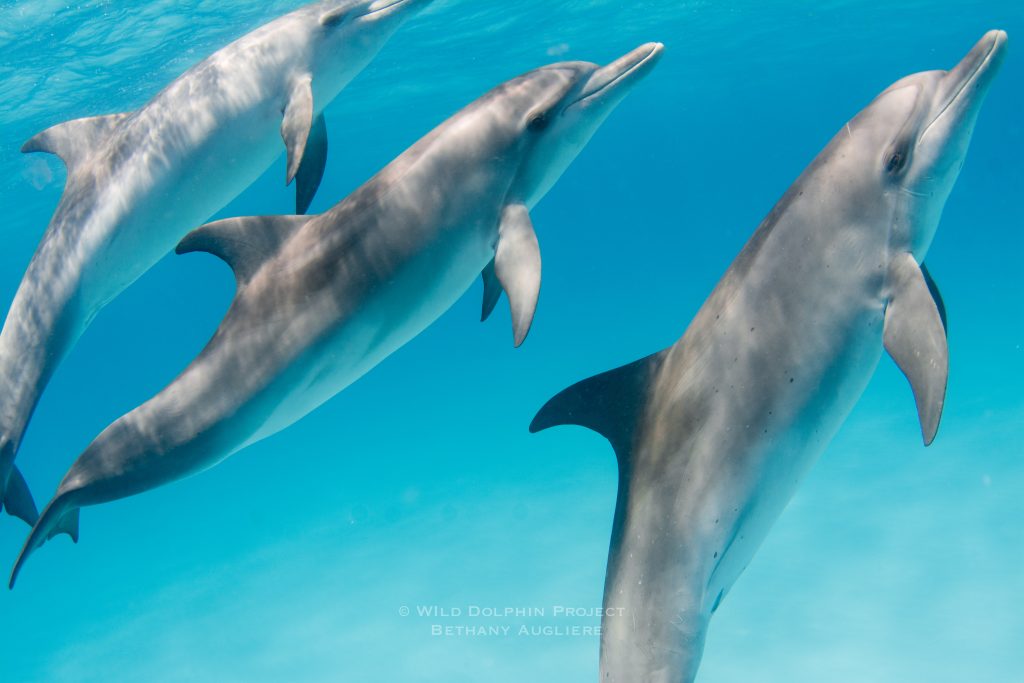 Photographs and Story By Bethany Augliere

Your ticket for the: Meet Amanda, She’s One of a Kind.