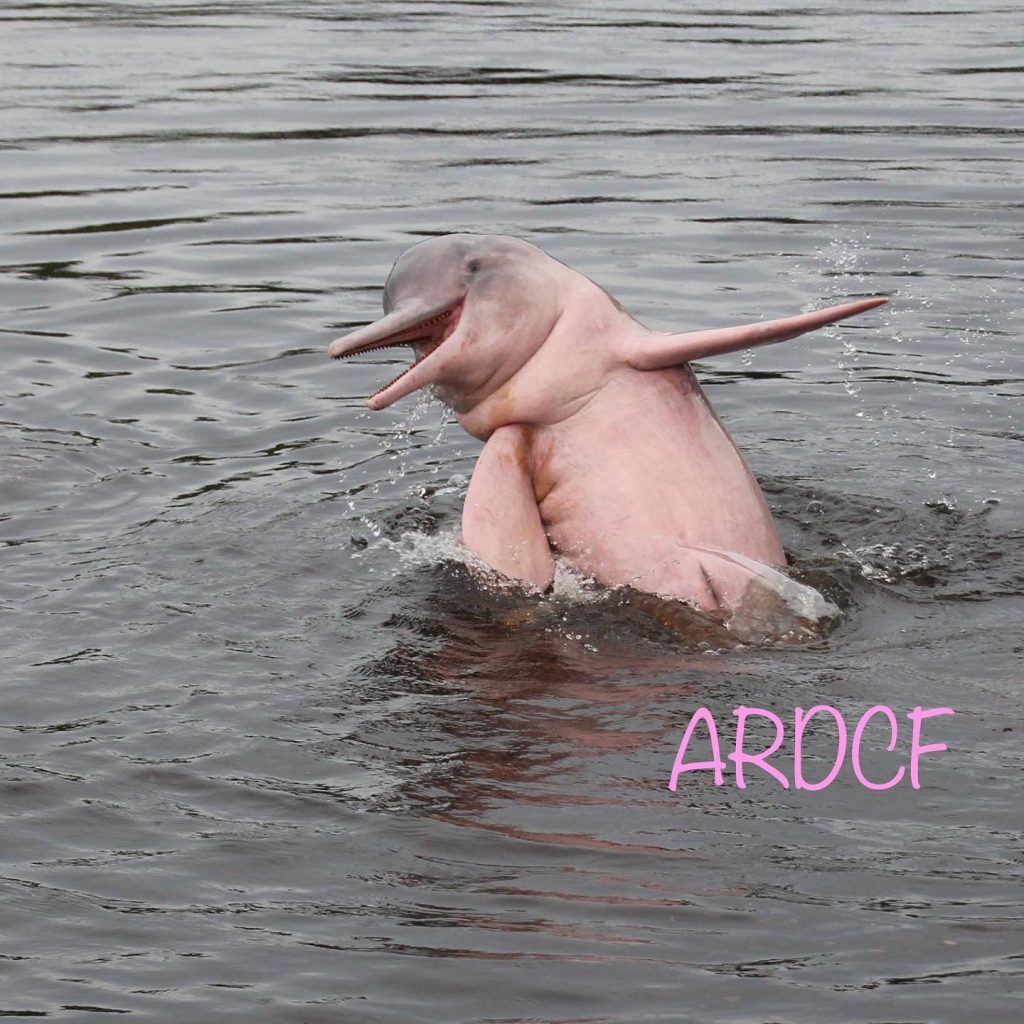 “The boto is an endangered species and we need to protect them before they are lost forever.” — Suzanne Smith, founder and director of ARDCF.

World Rivers Day, the last September Sunday, is a global celebration of the world’s waterways. So, here at the Wild Dolphin Project we’re highlighting a unique dolphin species that inhabits the rivers of South America — the Amazon River Dolphin.

Amazon River Dolphins, also known as botos, can be found exclusively in the freshwater Amazon River system in the following countries: Bolivia, Brazil, Colombia, Ecuador, Guyana, Peru, and Venezuela. It’s the largest of the river dolphins, reaching up to 8-feet in length and 450 pounds.

Botos eat fish (like piranhas), freshwater turtles and crustaceans, and they use their sonar — or echolocation — and long snouts to find these critters in the muddy rivers water. They have unique anatomy that allows them travel in a river filled with roots and branches. Their neck vertebrae are unfused, which allows them to bend their necks at up to a 90-degree angle. 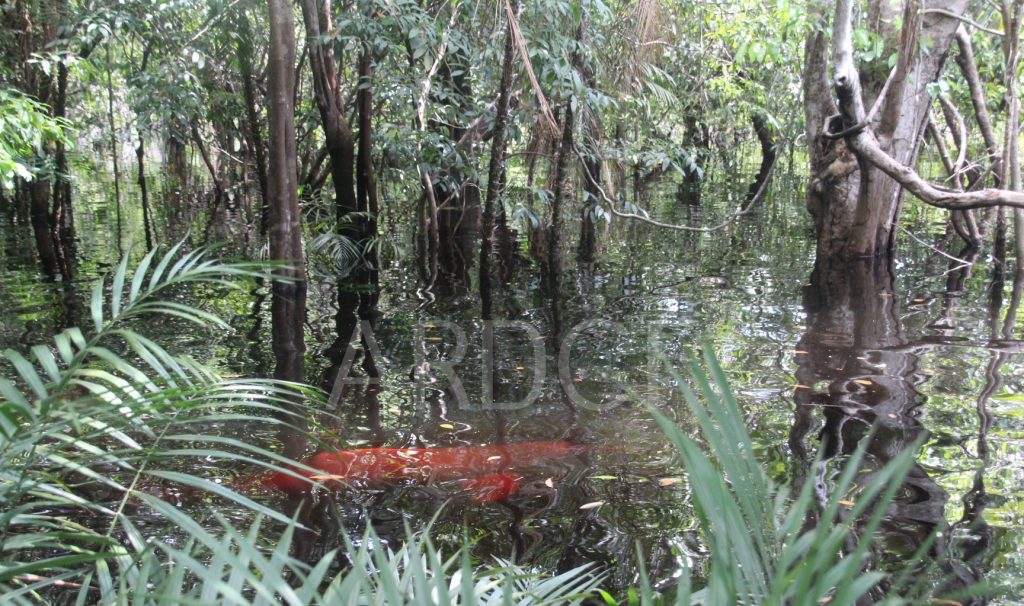 “There are so many interesting and unique facts about the Amazon river dolphin. Their anatomy alone is so different from other cetaceans,” said Suzanne Smith, founder and director of Amazon River Dolphin Conservation Foundation (ARDCF).

Their social structure is a bit different from oceanic dolphins like the bottlenose or Atlantic spotted dolphins. Generally, they are solitary animals and rarely seen in groups of more than 4 individuals, according to a 2004 study. Even when found in groups, these groups are not considered to be of stable long-term relationships,  the only stable bonds observed in botos are between a mother and her calf, during the lactation period (see the study here).

And while their numbers are estimated in the low tens of thousands — though no one knows for sure — a 2018 study published in the journal PLOS ONE, said that the “boto” (Inia geoffrensis) are now halving in population every 10 years. This also holds true for another species of freshwater dolphin that inhabits the Amazon river,  the tucuxi (Sotalia fluviatilis). As of 2018, both of these dolphins of the Amazon river have been listed as “endangered” by the International Union for Conservation of Nature (IUCN).

One of their biggest threats, according to Smith, is that they are killed by poachers so their fatty blubber can be used as bait for the carnivorous piracatinga catfish (also known as mota or capaz). The catfish is drawn to the scent of rotting flesh.  According to ARDCF,  fishing is a multi-billion dollar industry in the Amazon region and the piracatinga fish are sold in neighboring countries as a delicacy.

In 2015, the Brazilian Government implemented a five-year moratorium that banned the fishing and export of piracatinga catfish while an alternate bait was developed. Before the moratorium was put in place, it was estimated that over 5,000 amazon river dolphins were being hunted and killed each year, Smith said. That number declined with the moratorium, down to about 1,500 animals. However, in 2020, the five-year moratorium expired and at the urgent request of scientists, it was renewed for a year as of last summer.

“They are also faced with other dangers such as pollution, boat traffic, illegal mining, habitat degradation and destruction, among others,” said Smith. That’s why she launched the ARDCF.

Smith worked with a number of marine mammal species for three decades. She made two trips to Brazil in 2013 and 2014 with a conservation group. “I spent my personal time looking for the river dolphins and asking locals questions about them. Most of the questions couldn’t be answered and so I became even more curious and enchanted with them. After hearing about the plight of the Amazon river dolphins, I knew I wanted to help them somehow. With my extensive marine mammal experience, I knew projects could be created and we would be able to bring attention to the species,” she said. 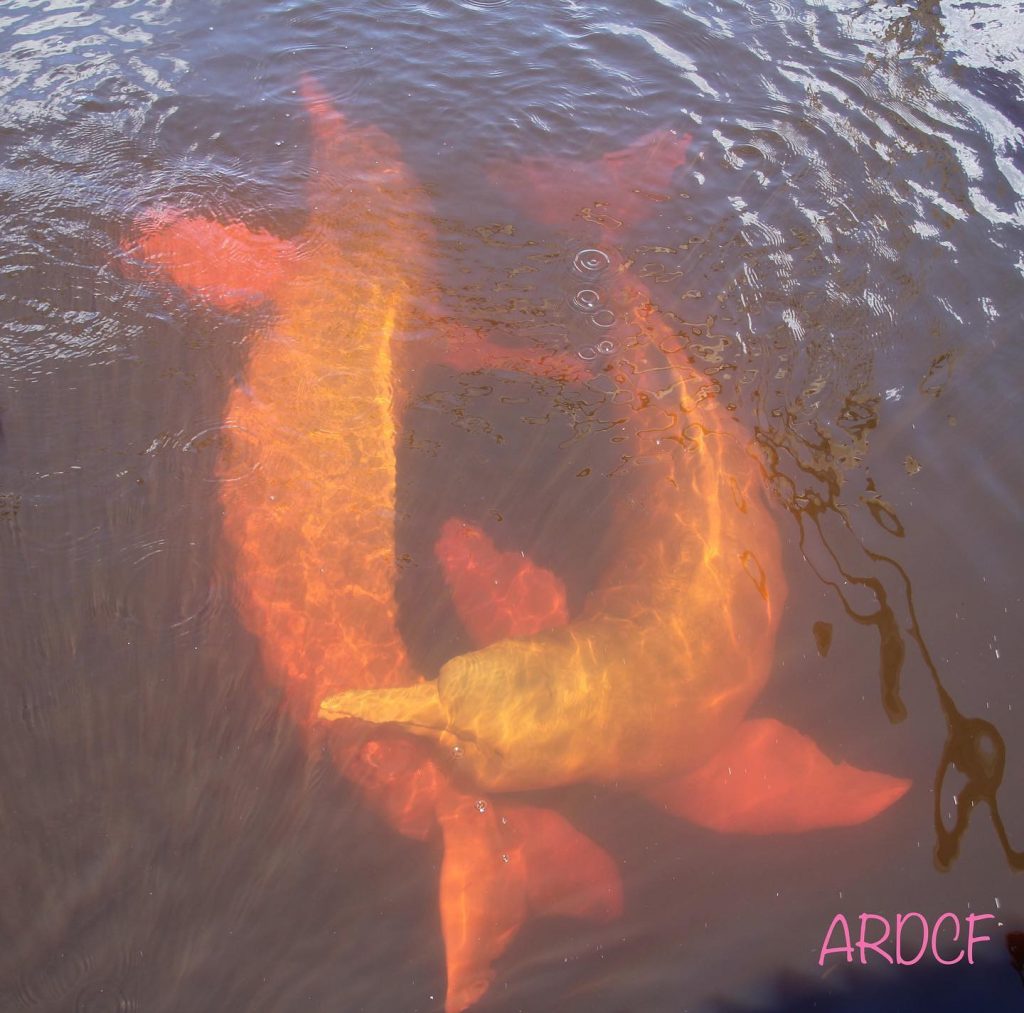 The ARDCF combines research, conservation, outreach and education to help understand and study the boto. Research includes population surveys, photo-identification catalogs, collection of audio samples, and drone photography. Additionally, the ARDCF interacts closely with folks from the riverside communities and have developed wonderful relationships, said Smith.  They provide school supplies as well as other essentials (clothes, etc), and hold community meetings to discuss current needs and the importance of the wildlife.

“The boto is an endangered species and we need to protect them before they are lost forever. We do not want them to have similar fates as the baiji (a river dolphin in China that went extinct),” said Smith. 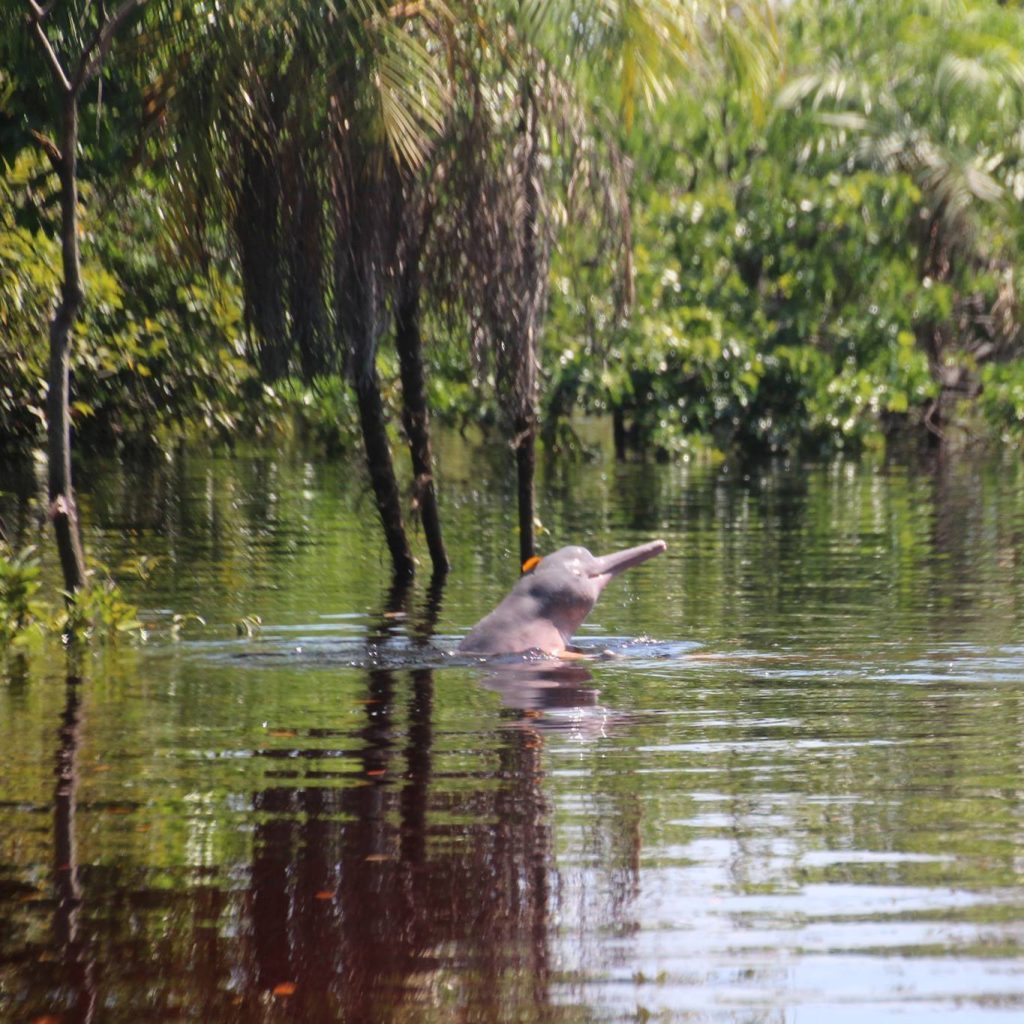 Your ticket for the: Celebrating the Amazon River Dolphin, for World Rivers Day