In the span of two weeks, three dolphins died in Sarasota Bay  because of human activity, two adults and one four-month old calf. Their deaths were preventable. The two adults likely died from hook-and-line fishing gear, and the third was killed by a boat strike, according to Randy Wells, director of the Sarasota Dolphin Research Program.

Located off the central west coast of Florida, Sarasota Bay is home to about 170 resident bottlenose dolphins. This population has been studied by the Sarasota Dolphin Research Program for 50 years, under the direction of biologist Randy Wells. Three dolphin deaths due to human activity in just two weeks has never happened before, he said.

To Wells, and others with the program, these animals are more than study subjects, they are individuals with complex lives and friendships. The loss of these three animals is particularly heartbreaking for the people who have studied them because they didn’t have to happen. “We’ve known some of these animals for more than four decades,” said Wells. “We know their kids, their grandkids and their great grandkids and their great great grandkids. We know the dramas that they’ve gone through, the entanglements we’ve rescued them from, and the boat strikes they’ve had to live through.”

Eve was the adult female who died at 22-years-old due to a boat strike. She had been observed 772 times since her birth. Eve was actually the last daughter of the longest living dolphin documented in the population, named Nicklo, who gave birth to Eve at 48. Eve herself had become a successful mother too, having had three calves before she died. The calf who died was the 6th calf of another one of the females in the population, named Annie. He was the first calf born in 2020, and  had his tail nearly cut off due to entanglement with fishing line. “That was a tough one,” said Wells. The male was named Bark and he was 31-years old when he died, found with a fishing hook embedded in his throat. 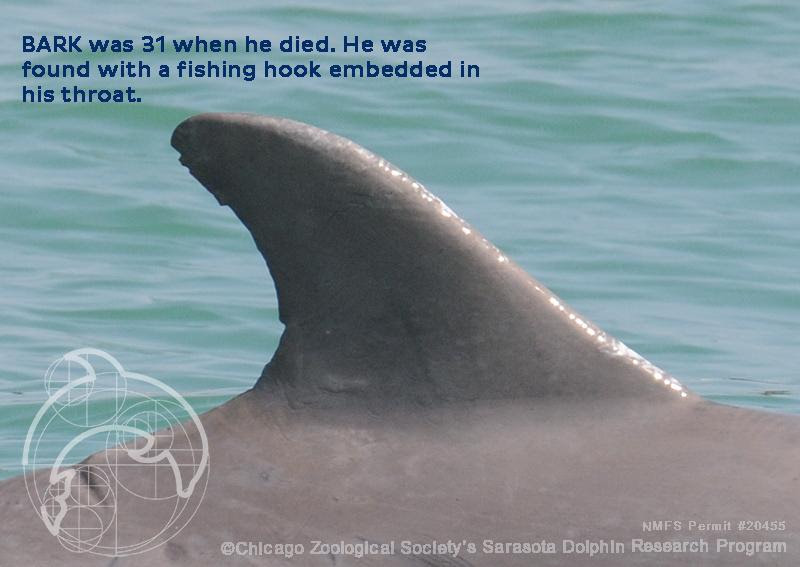 Female dolphins in Sarasota can begin having calves as early as six years old and up through their late 40s. Having females who can reproduce for so many years creates a lot of population resilience, said Wells. Losing Eve and Bark will impact the population for years to come, he said, as their lives were cut short and they can no longer produce offspring.

In Sarasota, Wells and have his team have determined that about a third of the dolphins who disappear turn up as carcasses. “So, we’re at least able to bookend their lives and know what happened to them,” he said. “But, that also means that we’re dealing with a lot of our friends.” 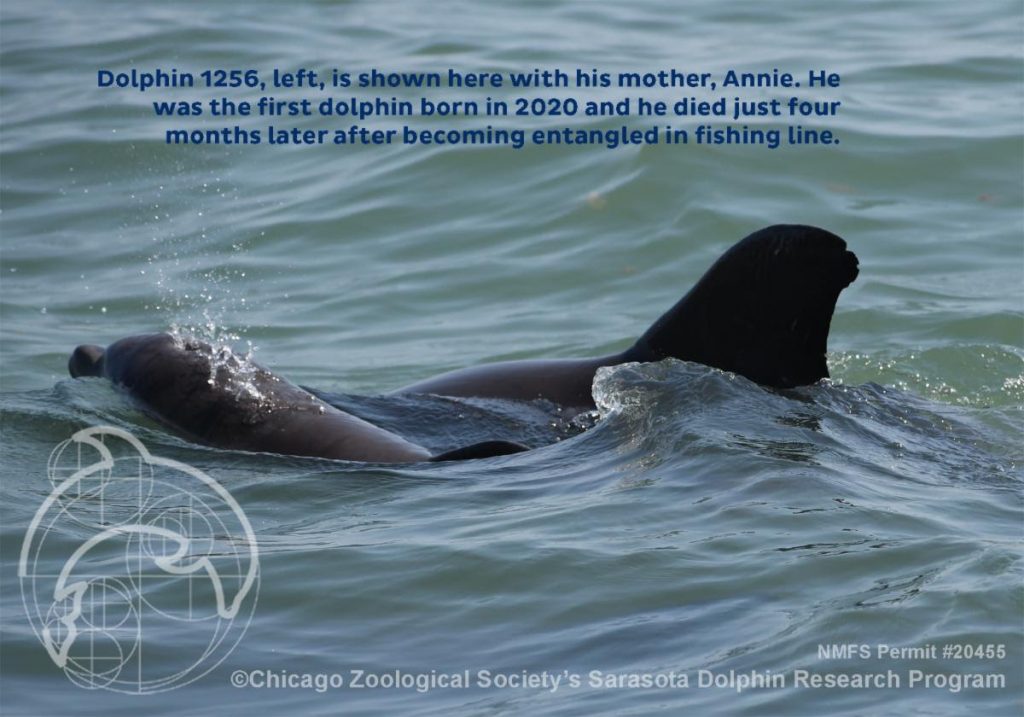 In the Bahamas we have never seen a dead dolphin from our study group. “Because the spotted dolphins often spend their time in remote areas away from land and our field season is primarily in the summer it is likely that we miss this part of their life cycle,” said Denise Herzing, founder and director of the Wild Dolphin Project. “We have seen sick dolphins, aging dolphins, and diseased dolphins.  But in the Bahamas if an individual dolphin just doesn’t show up with the group we really have no idea what happened to them.”  For example, after the hurricanes of 2004 and 2005, we lost 30% of both species in our study area. We have never seen any of these individuals again, even though their siblings or mothers remain in the area. 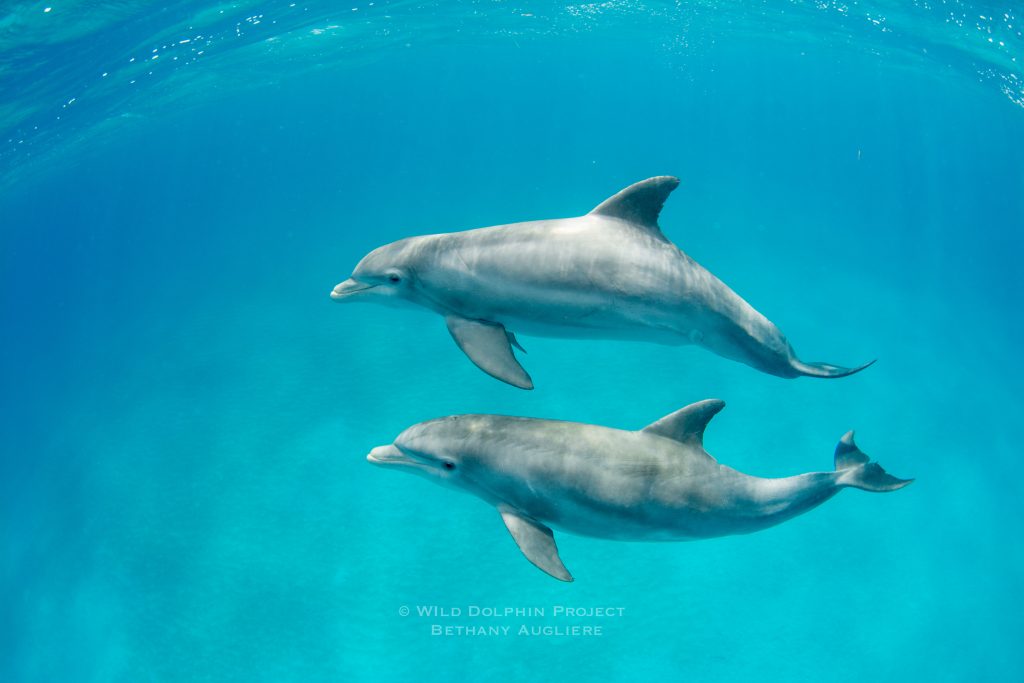 Even nonlethal injuries have the potential for long-lasting impacts on the social lives of dolphins and their populations, according to a new study published by Michelle Greenfield. Essentially, Greenfield and her coauthors, which includes Wells, found that dolphins in Sarasota Bay have fewer associates for a couple of years following injuries. As a dolphins, having less friends in your network might mean fewer chances for mating, as well as less protection against predators.

For Wells, he hopes that sharing this information will encourage people to be more mindful boaters and fishers when recreating or working where dolphins live. “These guys need our help,” said well. “They’re not just gray bodies moving through the area, they are individuals.”

If you’re boating in Sarasota or Manatee counties and see an injured or dead dolphin, please report it immediately to Mote’s SIP at 941-988-0212 to give trained responders the best chance of rescuing or recovering the animal. If you are outside of those counties, please call Florida’s wildlife hotline: 888-404-3922 (FWCC).

Your ticket for the: Human Activities Cause Deaths of Sarasota Bay Dolphins