Despite their friendly appearance, dolphins aren’t just cute and cuddly. They are wild animals that engage in aggressive behaviors, just like any other animal.

Since 1985, we’ve observed the interactions between two species of dolphins who share the waters of the Bahamas Banks, the spotteds (Stenella frontalis) and bottlenose (Tursiops truncatus). We’ve seen them traveling together, foraging, and even fighting. Gaining a deeper understanding of these aggressive encounters has been the subject of many of our studies, especially by the graduate students working with our founder and research director, Dr. Denise Herzing.

And now, our current research assistant, Cassie Volker-Rusche, just published her master’s work regarding aggression in the most recent issue of the scientific journal Animal Behavior and Cognition. 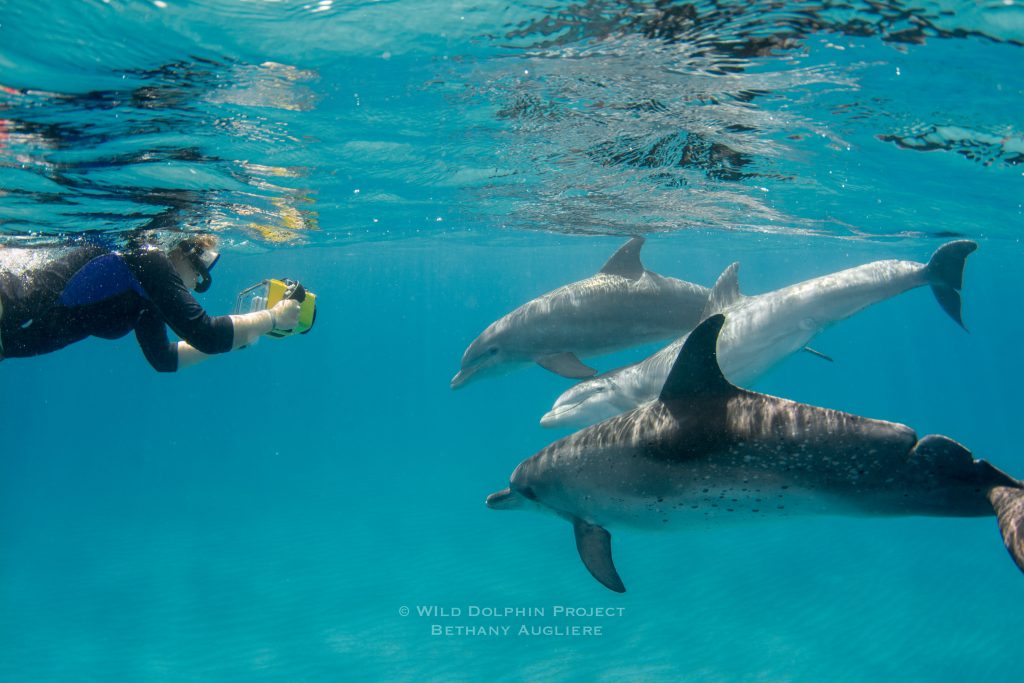 Cassie collects underwater video of an aggressive encounter between the spotted dolphins and bottlenose dolphins. Photo by Bethany Augliere.

For this study, Cassie’s goal was to determine if male Atlantic spotted dolphins used different aggressive behaviors when they fought those of their own species versus when they fought male bottlenose dolphins. “Aggression is a very interesting behavior because it can be chaotic, behavior-rich, and dangerous,” she said, adding that she felt privileged to observe these animals doing their natural behaviors and study “in detail, such an intense behavior.”

Dolphins use a variety of behaviors when fighting, everything from pursuit behaviors like chasing, to contact behaviors, such as biting or tail-slaps, to display behaviors like open-mouths or s-postures. 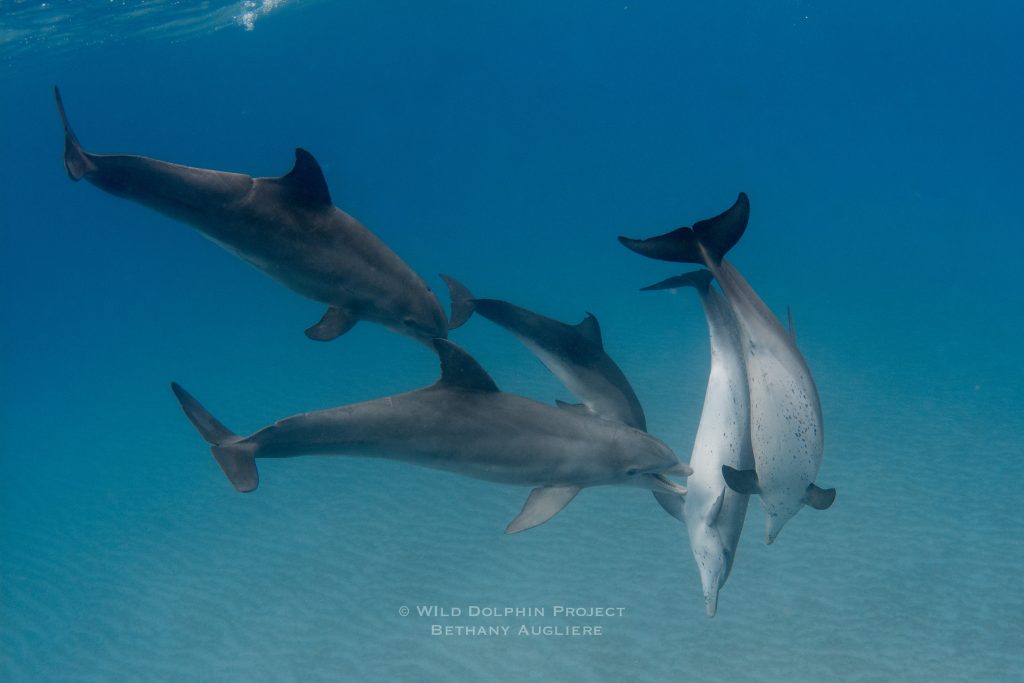 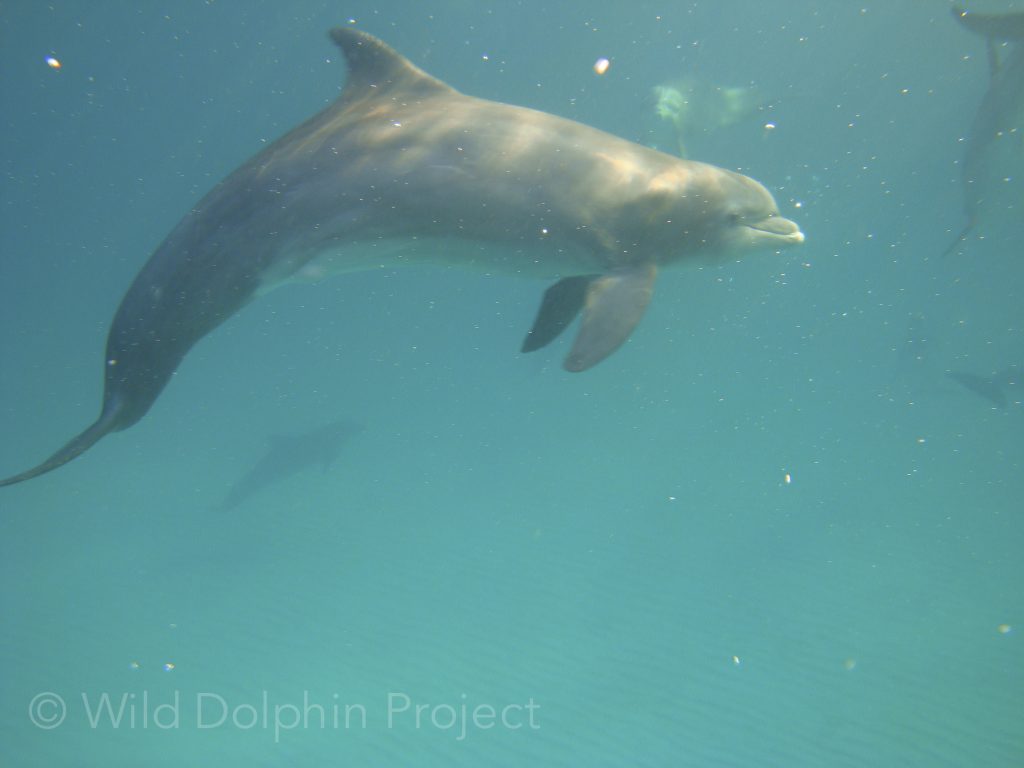 To study aggression, archival underwater video encounters were selected between the years 1991-2004 from the Wild Dolphin Project’s long-term database. Twenty-two videos were extracted and analyzed, totaling more than 180 minutes.

The process of behaviorally coding these videos “was very tedious and time-consuming, often requiring going through each video multiple times,” Cassie said. During these long hours, her two cats Luna and Suri, were often snuggled up on her lap during the process.

Cassie found that when the slender spotted dolphins fought the larger bottlenose dolphins, they more often used behaviors that required more energy, such as chasing. But when the spotteds fought each other, they used display behaviors like open-mouths, rather than biting or chasing.

One thing that surprised Cassie about her results, was that these spotteds were choosing seemingly riskier behaviors to fight the larger bottlenose. That’s because with physical contact and chasing, there is a greater chance of injury as well as the potential for exhaustion due to the extra energy required. “This shows me that if the spotted dolphins are willing to take this risk, there must be something important at stake. We just don’t know what that is yet.”

The question of why these two species fight each other isn’t new and it’s something WDP researchers have pondered for a long time. It’s likely that the animals are not fighting for food or space, since they use different habitats and feed on different fish. What other resource does that leave? Females.

These two species can mate and produce living offspring. If they can’t prevent mating due to physical boundaries, the only other method might be behavioral. So, maybe these males are fighting over females.

One thing remains to be obvious: Dolphins are intelligent creatures that have complex social lives. “From my study, it seems as though spotted dolphins can tell the difference between those of their own species and those of a different species, the bottlenose dolphins,” Cassie said. “As a result, they can alter their aggressive behaviors accordingly. This shows me that they aren’t just floating through life, but learning and adapting as they survive — and we still have a lot to learn.” 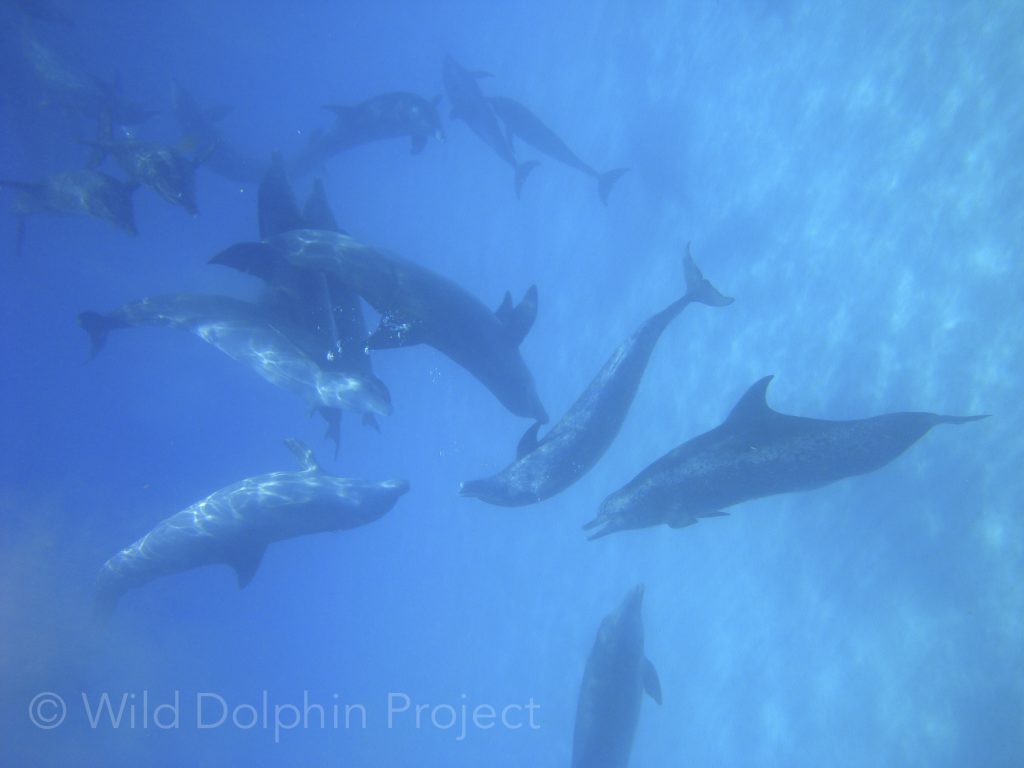 Your ticket for the: New Research: Spotted Dolphins Riskier When Fighting Other Species