Wild Dolphin Project > Media > Blog > Research > What is Synchrony and Why Does it Matter?

In the wild, the ability for social animals to work together is crucial for survival. And as it turns out, in spotted dolphins, not only do they work together but they also synchronize their behaviors.

In the Bahamas, spotted dolphins and bottlenose dolphins both live on the shallow sandbanks. While they do eat different fish species and use different habitats, their ranges overlap — and that can lead to tension.

Since 1985, researchers have regularly observed fights between the spotted and bottlenose dolphins during the summer field season. Generally, it takes about 6 spotteds to fend off one bottlenose. In the past, WDP scientists have shown that synchrony was a key factor in the success of spotted dolphins during fights with the larger bottlenose.

Alyson Myers decided to take a closer look at synchronous behaviors for her graduate work with Denise Herzing and the Wild Dolphin Project. “It is important to examine the physical behaviors and vocalizations in synchrony to understand the advantages and power of this valuable skill,” she writes.

Synchrony and coordination are different. Lots of animals work together and coordinate their behaviors, which includes using different behaviors to obtain a shared goal. For example, chimpanzees, orcas and wolves will coordinate behaviors during hunts or attacks. Synchronization of behaviors, however, occurs when two or more individuals are performing the same behaviors at the same time, like the synchronous maneuvers of flocks of birds or schools of fish.

For this study, Alyson sleuthed through hundreds of hours of video collected over the past 35 years to find aggressive encounters. She analyzed a total of 60 synchronous events analyzed across videos, 39 involving groups of 10 or fewer and 21 involving groups of 11 or more. To research synchrony, she examined different kinds of behaviors, such as bites, tail-slaps and chases, before, during, and after synchrony.

Aggressive behaviors, like chasing and charging, increased before dolphins synchronized their behaviors, peaked during synchrony, and then rapidly decreased once the synchrony ended.  As fights became more serious, the dolphins also synchronized their voices, in particular, a type of vocalization known as a squawk. According to Alyson and her co-authors, Denise Herzing and David Bjorkland, this pattern suggests that synchrony occurs at the most heightened state of the fight.  This pattern is common in other species too, like gorillas and marine iguanas, where aggression ends after the peak of the fight.

There were also some notable results based on the size of the groups during fights between the two dolphin species. For instance, as group size increased, the spotteds remained synchronized longer. And in smaller groups, the dolphins used more aggressive behaviors, compared to larger groups. “Spotted dolphins may be changing their aggressive strategy based on their group size; smaller groups may need to compensate, whereas larger groups can rely on synchrony to overcome bottlenose dolphins,” writes Alyson.

When it comes to fighting, synchrony is clearly important for spotteds and it leads to success when fighting the larger bottlenose. There are many potential reasons for that success, but it could could boil down to intimidation. Having synchronized vocalizations along with physical synchrony is part of that intimidation factor. By synchronizing and showing the strength of their bonds, the spotteds can send a signal to the bottlenose that they have the ability to execute coordinated and complex actions. Some experts suggest that music and dance evolved in humans for the same reason — to signal coalition strength, says Alyson. “Synchrony demonstrates a cohesive group that has had time to practice,” she says. Take the haka, for example, a type of ancient Māori war dance traditionally used on the battlefield. “Imagine a haka by a well practice group, compared to a non-practiced group. Who is more intimidating?”

This work is just the beginning for Alyson and is the foundation to explore synchrony further. She’s interested in the development of this important skill in juvenile males, and how it relates to the formation of their alliances and coalitions as young individuals. 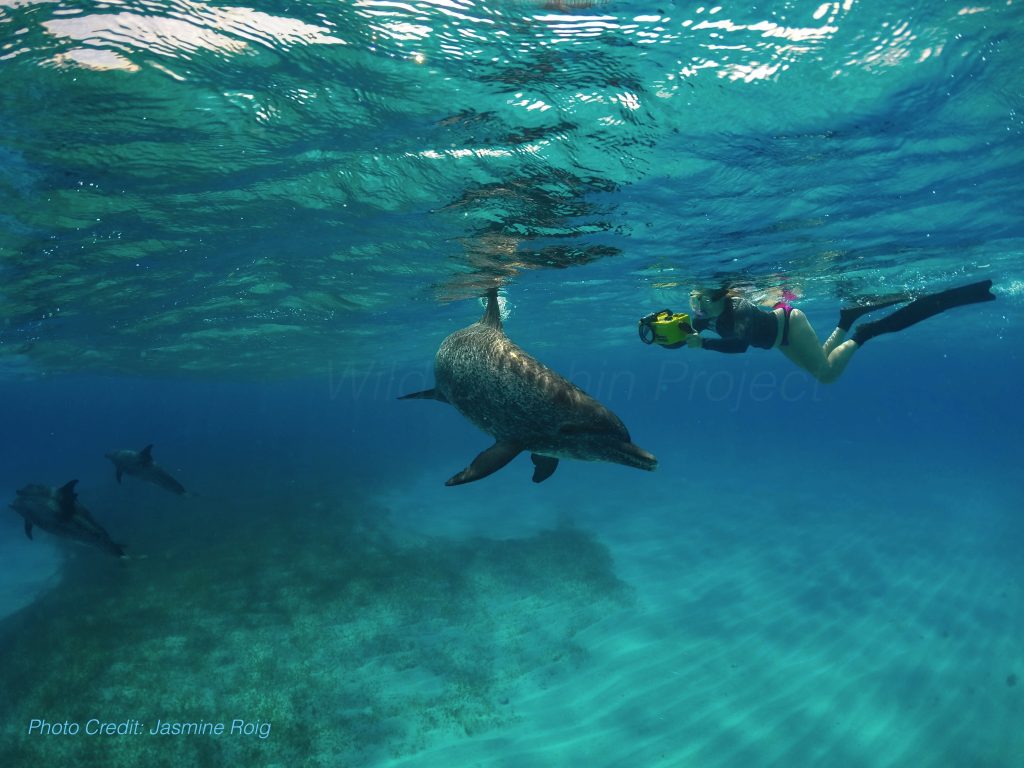 Check out this video by Biographic, titled “Secrets of Schooling.”

Your ticket for the: What is Synchrony and Why Does it Matter?